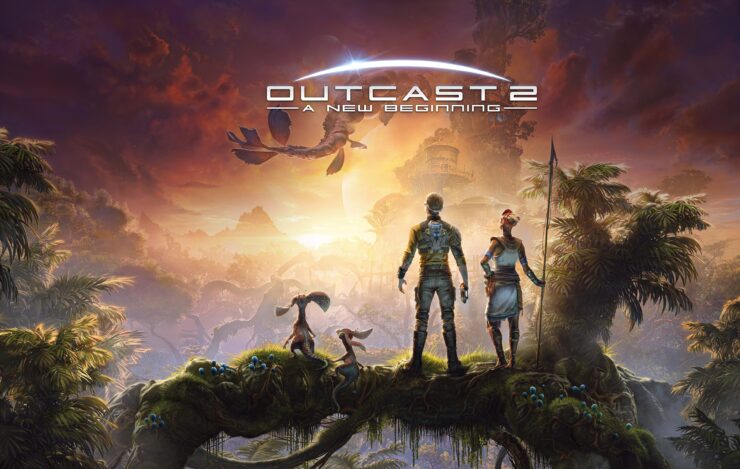 During THQ Nordic’s 10th Anniversary Showcase, the publisher announced the development of Outcast 2: A New Beginning, sequel to the sci-fi open world game first released in 1999 (and then remade recently).

The project is being handled by Appeal Studios, the Belgian team that made the original title, acquired earlier this year by THQ Nordic. Appeal did hint at a sequel in a previous interview with Wccftech and now it’s officially coming. During a remote presentation held for the press earlier this week, we learned that Outcast 2: A New Beginning has been in the works since late 2018, powered by Unreal Engine 4, and it is currently ‘close to Alpha’. The game world’s size will be eight-by-eight kilometers, so decently large but not too much by today’s standards.

The combat and movement systems have been updated, with the jetpack ‘reimagined’ to let players enjoy the world in its full verticality. There’s also a modular weapon system where players will be able to tweak their weapons to create unique combinations. Additionally, Outcast 2 also includes Talans superpowers; no concrete details were shared about these, other than they’ll feel a bit like magic.

Outcast 2: A New Beginning will once again feature Cutter Slade as its protagonist. It’s been twenty years since the first game’s events, but virtually no time has passed for Slade since he got stuck while trying to teleport back to Earth.

As he wakes up, he soon finds out that the world of Adelpha (this sequel is set in a different region, by the way) is facing a new threat: robot invaders which have enslaved the native inhabitants. Slade will need to organize a resistance, rescue the kidnapped Talans and rid the world of these invaders, though not everything may be as it first seems. Incidentally, players are also going to meet Talan females and children, who weren’t in Outcast.

Outcast 2: A New Beginning doesn’t have a release date yet, but it may be not that far off. We’d wager the game will be released at some point next year, available on PC and next-generation consoles (PlayStation 5 and Xbox Series S|X).