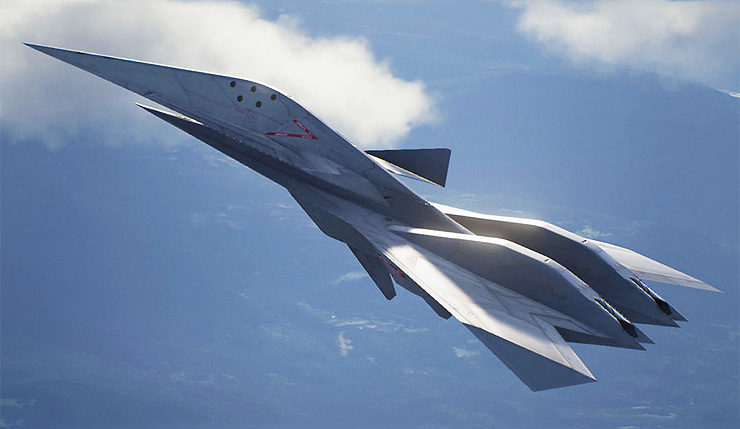 Get ready to return to the danger zone, because the Ace Combat 7: Skies Unknown Season Pass will be delivering fresh high-flying action soon. The new content includes three additional futuristic aircraft that have appeared in previous Ace Combat games – the ADF-11F Raven, ADF-01 Falken, and ADFX-01 Morgan. You can check out all three of the planes in action, below.

Here’s a description of the new aircraft:

ADF-11F Raven. A manned version of the large fighter developed in Erusea. Its ADF-11 nose unit is uniquely equipped with an F-type flight unit designed for combat.

ADFX-01 Morgan.  A large, multi-role, experimental Belkan aircraft later completed by the Allied Forces. Loaded with equipment such as high-output lasers and multi-use air-burst missiles, it is an incredibly diverse fighter.

The Ace Combat 7 Season Pass is split into 3 DLC packs and includes the aforementioned aircraft, three new missions, weapons, skins, and emblems for $25. Haven’t played Ace Combat 7 yet? You should give the game a try, as Wccftech’s Kai Powell found it to be a top-notch return to form for the series…

“It’s been over a decade since players last soared through the skies over Strangereal and the wait has been more than worth it. Ace Combat 7: Skies Unknown is not only one of the best campaigns to be released for the aerial simulator, but also some of the most fun I’ve had in multiplayer in quite some time. Whether planning to fight in a squadron of fellow jokers or flying solo, Ace Combat 7 is definitely worth playing.”

Ace Combat 7: Skies Unknown is available now on PC, Xbox One, and PS4. The game’s first DLC pack arrives on May 22, with the second and third packs landing in June and July.