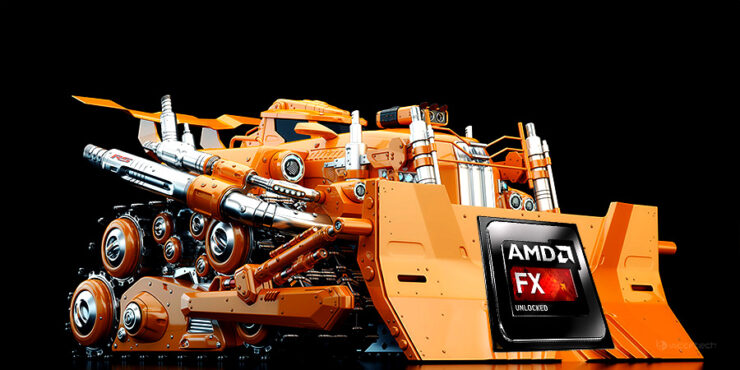 Ethics disclaimer: I do not own any stock in AMD or any related company. The analysis is provided on an as-is basis and free from any liability.

2019 was AMD’s breakout year but 2020 will, in all probability, be the icing on top of the cake. There are two major reasons for that, which I will discuss shortly, but before we do that, applause is in order for the chip manufacturer that was at $2 just 5 years ago, breaking the $48 all-time high (which includes intra-day by the way) and shattering a record that has stood for almost 20 years. AMD, in a very literal sense, is in the best shape it has ever been in.

Here is why “the best is yet to come” for AMD

I was one of the first journos in the world to write about Zen back when it was still a rumor and almost three years ago in 2017, I wrote an article detailing how AMD has essentially called check in the x86 market, and unless Intel made the right moves, it was going to lose a lot of market share. AMD was ~$11 at the time and was considered by many analysts to be heavily “overvalued”. The same type of analysis will surely start coming out again so I thought the time was ripe to do another piece on the company and tell you why AMD is far from its peak.

Before I go any further, I will point out that market corrections can happen at any time, but as far as fundamentals go, AMD still has a few aces up its sleeve. I can break it down to two major points:

To tackle this topic, we need to look at the fundamentals of the company and what information has been “priced in” into the shares already. AMD has been slowly but surely clawing market share from Intel and the prowess of its Zen 2-based cores (including the third generation of EPYC processors) is readily apparent. It has managed to fix its weakness in the HPC market and unlike Intel, has a relatively lower rate of security vulnerabilities (that require performance-reducing mitigations). All of this has already been priced into the shares of the company.

But here is where it gets better. A very reliable report out of Taiwan just a few days ago confirmed what we had already suspected: that AMD was operating on a fairly limited supply of 7nm as TSMC had to cater to Apple being its primary customer. So if this is how much AMD is worth with a limited supply of 7nm, just how much is it worth when it has access to all the 7nm wafers it wants? That is the golden question.

While I am not going to attempt to arrive at a valuation at this time, it does indicate that if the supply issues clear up, AMD’s sales (and therefore profitability and value) should go up. According to this report, AMD plans to double its 7nm orders and will jump from being the fourth largest 7nm customer right now to being the largest 7nm customer for TSMC as Apple moves to 5nm and frees up even more space. The company has reportedly already put in an order of a further 30,000 7nm wafers. If the company is expecting its sales to double by 2H 2020, then it spells great news for investors of the company.

Secondly, Intel’s 10nm (which is equivalent to TSMC’s 7nm process) has yet to ship on the desktop side of things and the earliest volume appearance is expected by 2H 2020. Keep in mind, as is natural for any ramp, even if Intel manages to meet this deadline, they will not be able to match AMD’s supply until at least the end of 2020.

In other words, AMD is going to have a free run throughout 2020 as Intel attempts to get its 10nm process through the door.

It gets even better for investors of AMD: TSMC will start shipping 5nm for Apple in 2020 and AMD should be able to get a piece of the cake by late 2020/early 2021. TSMC’s 5nm, if things go as they always have, should be roughly equivalent to Intel’s 7nm, which isn’t slated to arrive till late 2021 at the earliest.

So we expect AMD to not only have a free run in 2021 but keep its process lead over Intel for at least another year after that.

Now let’s talk about the GPU side of things. We already know that the industry is approaching the upgrade portion of the console cycle and AMD is powering the processors in both the next-generation Play Station and Xbox, and this is something that is probably already priced in. Here is the thing however, the company’s RTG side has been on cruise control mode for the better part of 3 years and its Navi GPUs are just competitive in very specific price points.

Should the company roll out a truly competitive architecture, and we expect this to happen by late 2020/early 2021, then the company’s revenue will increase quite significantly.

GPUs used to be the company’s bread and butter at one point, not too long ago (anyone remember the Hawaii launch?), and a comeback in the desktop GPU side is sure to be in the pipeline. Early on, and as I mentioned in my exclusive regarding ‘ the cost of Zen‘, AMD did not have the resources to put in both Zen and the GPU side – but now they do.

They will surely be working on a comeback on the GPU side of things and while NVIDIA is in a much better position to take them on as compared to Intel, AMD’s historical competence in the GPU department will surely work wonders. We are expecting Big Navi to be teased in 2020, and might even launch by late 2021, and when that happens, you can expect AMD’s stock to go up even further. So in light of these two things, you can see why I feel that the company still has quite a ways to go before it is truly “maxed out”.