AMD’s Ryzen 3000 APUs which will be featuring the 12nm Zen+ architecture on desktop platforms have leaked out over at Chiphell Forums. The new Ryzen 3000 processors will come with enhanced performance per watt and higher clocks compared to the Ryzen 2000 APUs which were introduced last year.

The AMD Ryzen 3000 CPU family which arrives in mid of 2019 will be getting the 7nm Zen 2 cores treatment but you’ll have to wait for the Ryzen 4000 series line of APUs to get a taste of 7nm Zen 2 and Radeon Navi cores on the same die. 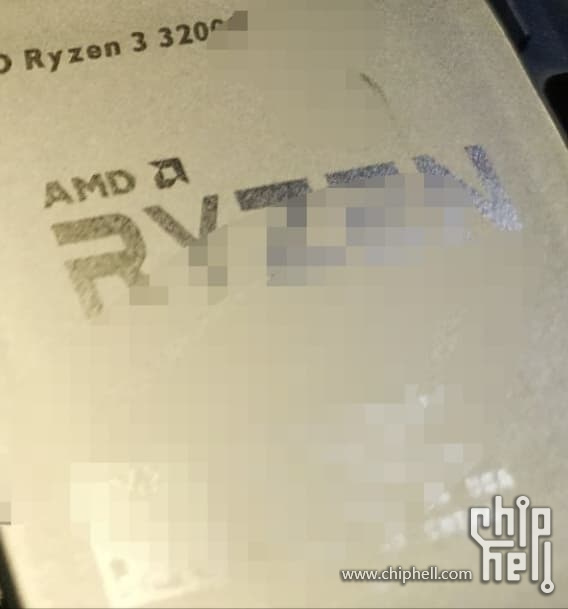 So coming back to the Ryzen 3000 APU which got leaked, we are looking at a single SKU which is known as the Ryzen 3 3200G. This part clearly replaces the Ryzen 3 2200G and I believe there will also be a Ryzen 5 3400G to replace the Ryzen 5 2400G. Now while the leaker did not report any specifications, TUM APISAK did share some info regarding the chip.

In an earlier benchmark, the Ryzen 3 3200G appeared to feature a base clock of 3.6 GHz and a boost clock of 3.9 GHz. It is likely that the core count on both the CPU and GPU hasn’t changed so we are still looking at 4 cores and 4 threads while the GPU comes with 512 stream processors. The GPU is now clocked slightly higher at 1250 MHz which is a nice boost over the 1100 MHz of the Ryzen 3 2200G APU.

While the specs may not seem like much of a change, it should be known that the AMD Picasso generation of APUs was always meant to feature the Raven Ridge design while adopting the Zen+ cores for power/performance uplift. The Ryzen 3000 APUs have already been announced for the notebook platforms and now we are going to see them in action on the desktop AM4 platform too.

What do you want to see in AMD’s next-gen desktop APUs?