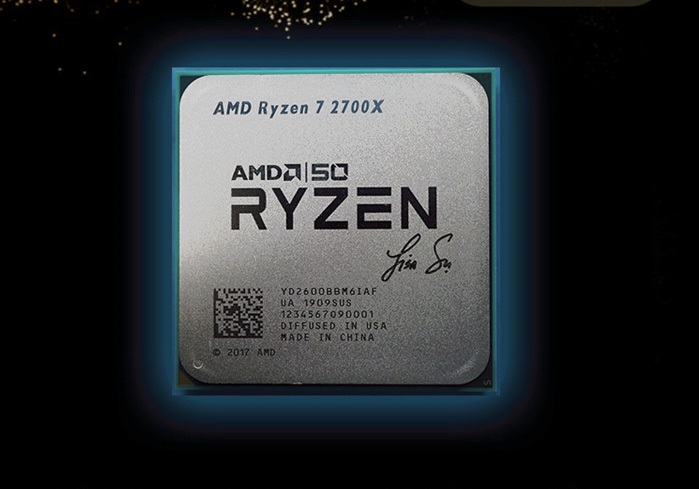 AMD has made a long journey in the hardware industry, they started as a processor manufacturer and now offer some of the most disruptive products that serve mainstream & high-end PCs, super-computers, datacenters, HPC/AI, consoles and much more. To celebrate this special occasion, AMD will be introducing two special variants of the Ryzen 7 2700X CPU and the Radeon VII graphics card.

Related Intel Stock Drops After Slashing Its Forecast For 2019

We talked about the AMD Radeon VII 50th Anniversary Edition which would be carrying AMD’s red color scheme. The AMD Ryzen 7 2700X processor would be a special variant that will come with a laser-etched signature of AMD’s CEO, Lisa Su, right on the CPU heat spreader. In addition to CEO’s signature, the chip will also be packaged in a fancy gold and black colored box which would include a bundled Wraith Prism cooler.

Now as far as the specifications are concerned, I was expecting the chip to rock a clock bump but it would stick to the standard specifications of the Ryzen 7 2700X. Just like the AMD Ryzen 7 2700X, it will feature 8 cores, 16 threads which would be clocked at a base frequency of 3.7 GHz and a boost frequency of 4.3 GHz. The chip would carry 16 MB of L3 cache and feature a TDP of 105W. The CPU is already listed on Chinese retail outlets (#1 / #2) for a price that should be similar to the existing 2700X for $329 US.