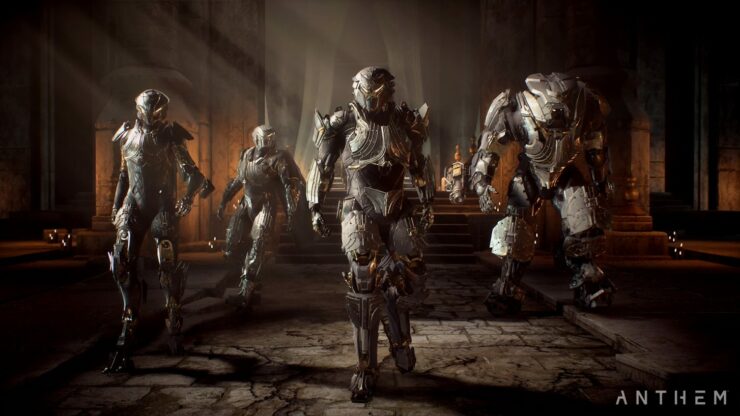 After shipping Anthem, BioWare Edmonton is slowly switching to the Dragon Age 4 project, as hinted in a less-than-subtle way by Executive Producer Mark Darrah.

Following his tweet, another Executive Producer, Michael Gamble, directed fans to other BioWare developers for questions on Anthem. In the past, he always replied himself.

He also confirmed BioWare Austin is now in charge of both Anthem and Star Wars: The Old Republic (which is getting a new expansion titled Onslaught this September).

not a dumb question. you are correct

However, that does not mean Anthem is being abandoned or anything like that. Gamble himself reiterated as much after Head of Live Service Chad Robertson posted a clarification on this topic via Twitter.

There’s been a lot of (incorrect) speculation on this. The studio’s support and commitment to anthem HAS. NOT. CHANGED. https://t.co/uxwY3ADPRO

We don’t know yet how many units were sold. We may learn more about the game’s sales performance during next week’s Electronic Arts Q4 2019 earnings conference call, scheduled for Tuesday, May 7th.

The latest major Anthem patch dropped in late April, adding a brand new Stronghold to the game. However, BioWare also decided to delay several features previously planned in the roadmap.

While we have delivered many of the Act 1 features on time, we are not going to hit all the goals on our Act 1 Calendar.

We have been prioritizing things like bug fixes, stability and game flow over the new features of Act 1. We set aside time for this work, but the reality is there are more things to fix and improve than we planned for. While this is the best thing to do for the game, it means some items from the calendar will be delayed.

We want to make sure everything we add to the game has a purpose and fits with our long term goals. When we have information to share on the items above, we will do so.

The Cataclysm is an important addition to the game and it’s currently a big focus for the team. The Cataclysm will bring new challenges and rewards and pushes the story of Anthem forward. As our work continues, we will share more with you in May.

We have heard your concerns around end game loot. We agree that our loot and progression systems need to be improved and we are working towards this. When we have more information to share, we will.