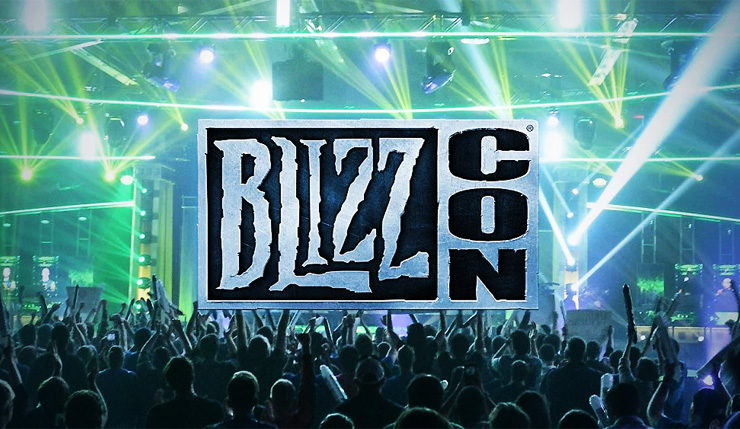 Get ready fans of Warcraft, Diablo, Overwatch, and other things Blizzard, because a date and ticket sale times have been set for BlizzCon 2019. This year’s big event returns to the Anaheim Convention Center on November 1 and 2, and the first batch of tickets goes on sale next week!

Blizzard is promising some changes this year, including an expanded show floor and new BlizzCon Pregame Festivities, which will take place on the Friday before the show proper. Of course, all the regular stuff, including the big opening ceremony, developer panels, and hands-on demos will also be on offer.

This year Blizzard will be selling the new BlizzCon Portal Pass, which is a deluxe ticket that gives you access to a variety of extras. Those perks come at a fairly steep price though – the Portal Pass costs a whopping $550, compared to $230 for a standard pass. Here are your BlizzCon 2019 ticketing options:

BlizzCon Pass ($230) – This is the core BlizzCon ticket you know and love, and what most BlizzCon attendees will want to go for. The BlizzCon Pass provides the same full general-admission access as in previous years, along with access to Thursday’s BlizzCon Pregame Festivities. You’ll also get the BlizzCon in-game goodies (to be announced), along with your choice of this year’s BlizzCon Commemorative Collectible, which you can read more about below.

BlizzCon Portal Pass ($550) – New for 2019! – The BlizzCon Portal Pass is your gateway to an array of extras, including access to the Darkmoon Faire area on the eve of BlizzCon for a special “Night at the Faire.” It also comes with convenient perks such as preferred parking, separate registration and security lines, an option to be among the first to enter the show on Friday and Saturday, a dedicated lounge for taking a load off during BlizzCon, and more.

Of course, Blizzard will also be offering Virtual Tickets that let you watch all the BlizzCon proceedings from home. In the past, those have cost $50.

It will be interesting to see what Blizzard rolls out for this year’s BlizzCon, as last year’s show, which saw the unveiling of the scorned Diablo Immortal, didn’t exactly go swimmingly. Since then, there’s also been layoffs at Blizzard and reports of Activision pressuring the studio to churn out more content. Needless the say, Blizzard fans could use something to be happy about. Could Blizzard make up for last year with, say, a big Diablo 4 reveal? We shall see.

BlizzCon 2019 passes will go on sale in two waves on May 4 and May 8. The passes will be available through ticket seller AXS.