Boxboy has to be the cutest little cube that no one thought we’d see again. After a few successful, if overlooked, games, Boxboy has once again returned for his fourth outing and his Nintendo Switch debut. And not since the launch of Tetris 99 have any of us been so excited to influence our control over a series of blocks. Boxboy! + Boxgirl! is the same blocky puzzle concept as the previous game, but with brand new stages, and a unique two-player campaign that’s sure to bring smiles to faces.

The concept here is simple. Boxboy and Boxgirl alike can both spawn boxes out of their, erm, box bodies. You get a limited number of boxes you can spawn at once but can create unique Tetris-like shapes with them. You can create anything you have the space and block allowance for and use these shapes to complete simple platforming challenges.

The first is simple. Spawn a block, throw it down, and use it to jump over a tall pillar. Then later, you’ll be using two blocks connected in order to fill a gap in the floor, then three to set as stairs and climb up to a higher place. And so on, and so forth – honestly, it doesn’t take a great amount of imagination to see how Boxboy + Boxgirl escalates, and it escalates pretty slowly. You’ll have to complete several worlds before you find a situation where you actually feel at risk of failure in any given stage, frankly. Not that that is a bad thing, of course. 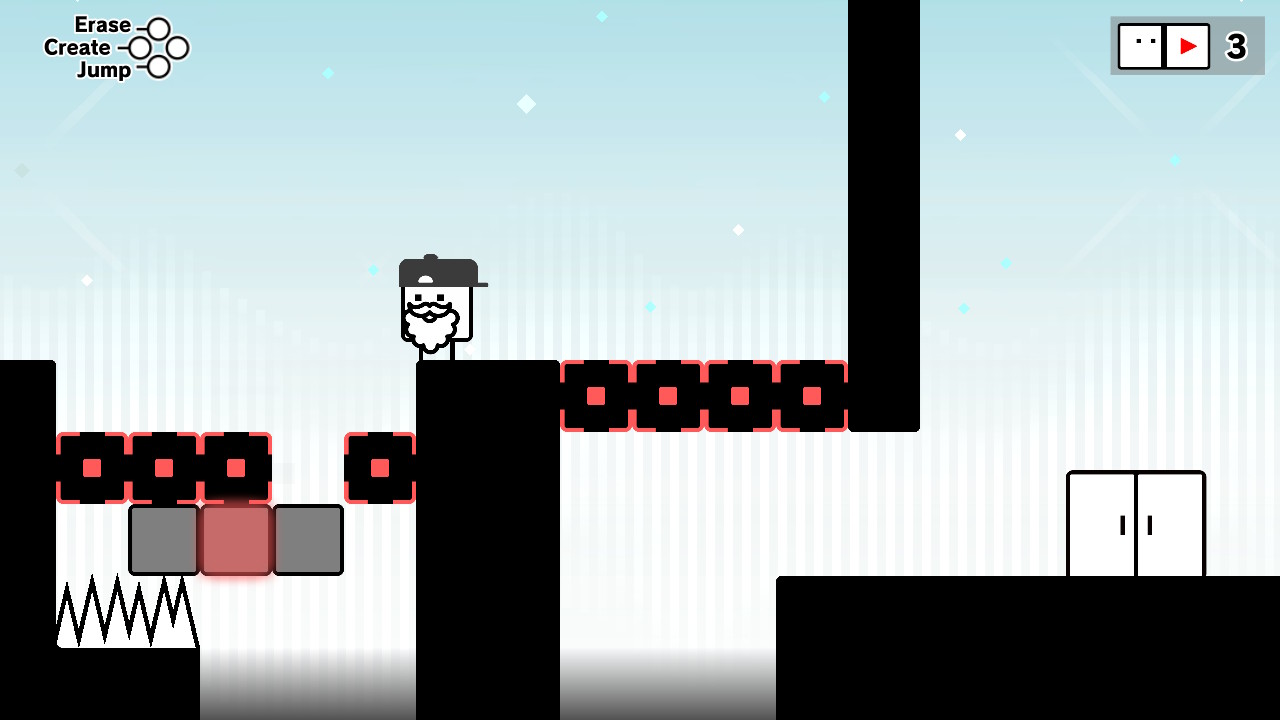 Boxboy! + Boxgirl! is a relaxing game. It’s so simple to put away several stages or even a whole world in a brief sitting, before taking a break. Puzzles are, for most of the game, fairly straightforward but satisfying to solve, and that satisfaction is helped by the collectible crowns in the game. Each stage has one or more crowns to collect. The real challenge in Boxboy + Boxgirl isn’t in completing the game, it’s in completing each stage with perfect precision.

You have to collect each of the crowns in every stage, combined with minimal block usage. Spawn as few blocks as possible to complete the stage – only what is essential – and then you’ll get three ribbons on each stage too, resulting on a black star on the stage select screen. Getting these black stars in every stage in every world, in both single and multiplayer, is the true test of the game.

But that also might be to Boxboy’s detriment. The boy and his new girl pal are both charming wee bricks, but their environments and worlds are, well, a bit uninspired. It’s somehow a massive shame that this is one of Nintendo’s most original platformers in terms of gameplay feels like it must be coupled with some of the least original environments and designs. 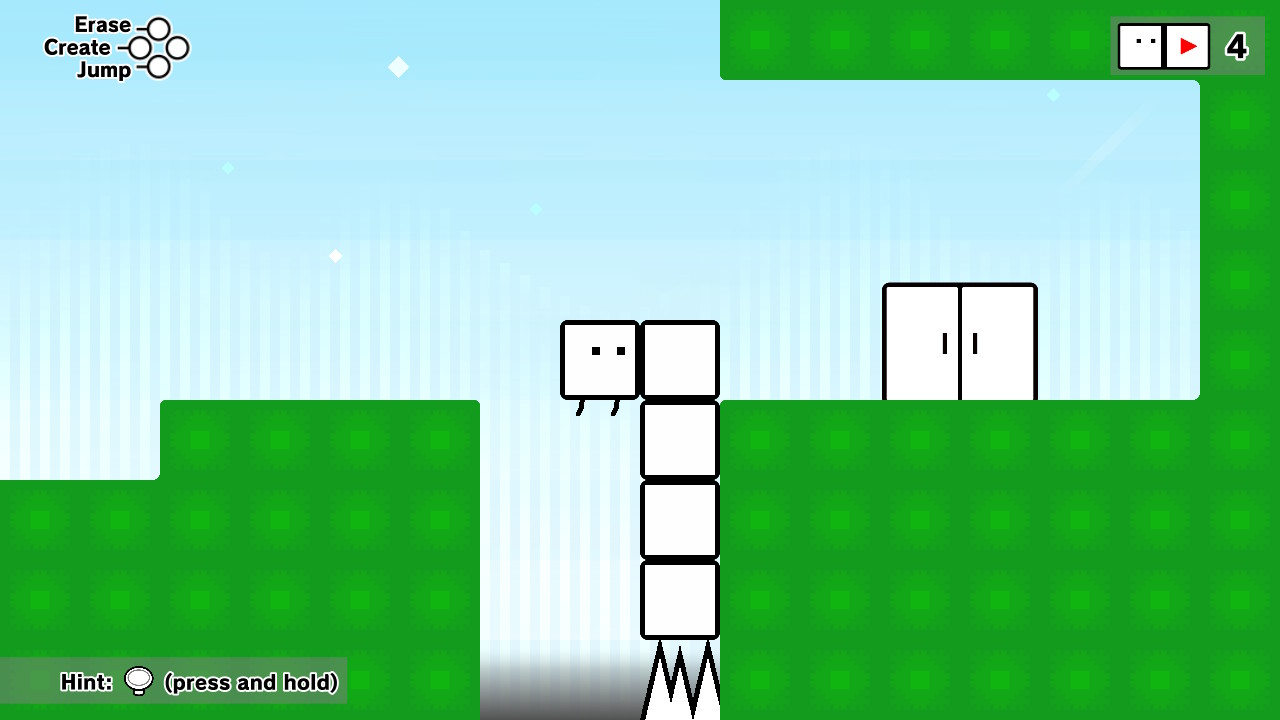 Props to the developers at HAL Laboratory for only creating that which impacts the game and sticking to a minimalist style, but after playing gorgeous yet uninspired platformers from Yoshi and Kirby lately, it feels as if Boxboy and Boxgirl deserve more. An adventure with a bigger budget perhaps, although that also might take away from the simple, minimalist design.

But honestly, all I can do in terms of criticisms for Boxboy + Boxgirl is ask for more. The game is so good, that all I can do is want more. It’s bitesize in every way, with an extremely minimalist design, but that only leaves space for puzzle platforming with pitch-perfect pacing. It’s positively pleasant in every way.

So, should you play Boxboy! + Boxgirl!, that is the question. Well if you’re looking for a Snipperclips-style puzzler to play with a friend, then yes, absolutely. If not, well, there’s still a good chance that Boxboy! + Boxgirl! is still for you. It’s just lovely to play. It’ll never get your adrenaline flowing, but it’s always interesting and fun to play.

Review code provided by the publisher.

Boxboy + Boxgirl is perfectly pleasant platforming that anyone can enjoy. If you’re looking for a new puzzle game to play on Nintendo Switch in bitesize chunks, look no further than Qbby and his new friend in Boxboy + Boxgirl.