They emerged, one at a time, circling the towering statues like ringmasters, in bouncy, cheerleader miniskirts, floral jumpsuits and shimmery tweed jackets.

The opening look set the tone – an ivory, double-breasted coat, buttoned snuggly across the chest before flaring out, the feathery fringe of a miniskirt poking out below.

On her head, the model wore a black top hat, its brim gently sloped, while flat sling-back shoes accentuated her long, bare legs. 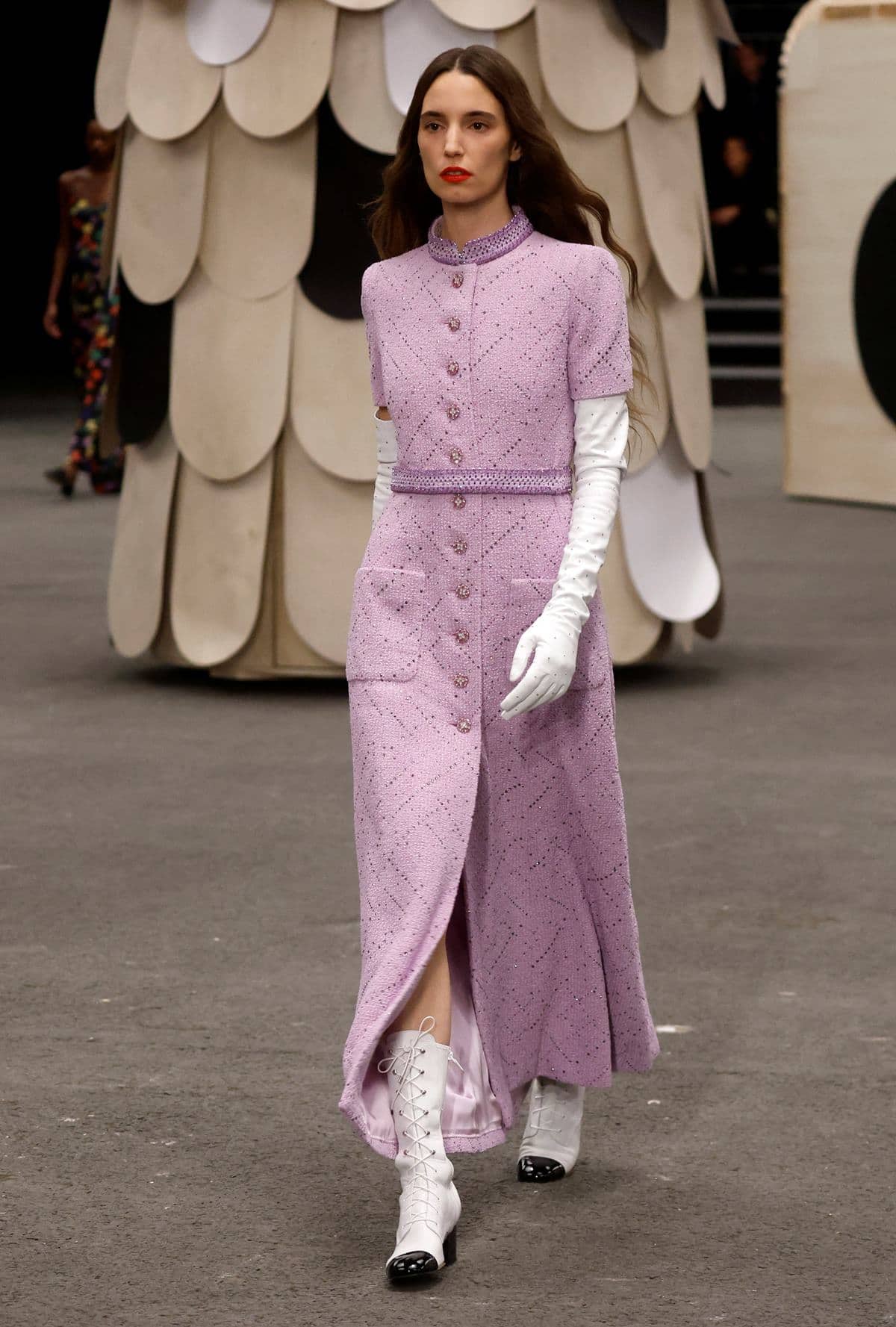 A model presents a creation by designer Virginie Viard as part of her Haute Couture Spring/Summer 2023 collection show for fashion house Chanel in Paris. (REUTERS/Gonzalo Fuentes)

Viard pared down the superfluous often associated with haute couture, offering mostly trim silhouettes, with just enough flounce, when it came to fuller skirts, or restricting the color palette when it came embellished looks, like a full-length ivory coat covered in ruffled pleats.

An elephant-shaped structure rolled in for the finale, and out stepped the bride, in an airy, ivory tulle bustier dress that fell below the knee, paired with gold boots that rose above her ankles.

During her bow, Viard drew artist Xavier Veilhan, who designed the set, out from the risers while the audience cheered.

The Paris haute couture shows, which include some of the most prestigious names in fashion like Georgio Armani Prive, Jean Paul Gaultier and LVMH-owned Christian Dior, run through Thursday.