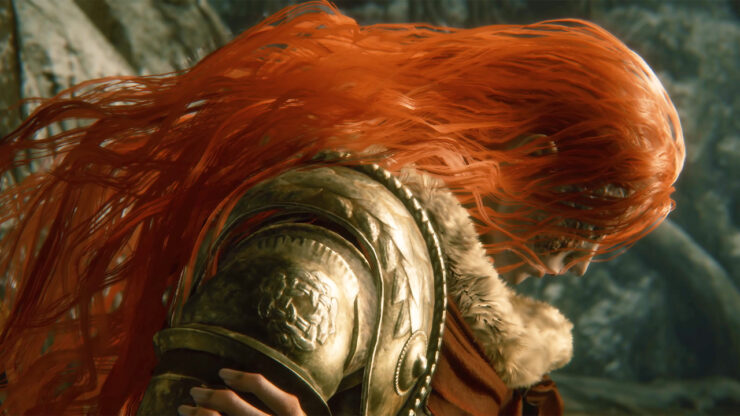 Elden Ring looks like an ambitious and exciting continuation of the Soulsborne legacy, but the question one must ask about any new From Software project lingers – just how ridiculously hard is this damn game going to be? Well, per a recent Famitsu interview with Elden Ring director Hidetaka Miyazaki, you should prepare for a challenge, but you needn’t be too scared.

According to Miyazaki, Elden Ring won’t be as hard as games like Sekiro: Shadows Die Twice or Bloodborne, instead falling somewhere in line with Dark Souls III. Elden Ring will give players more options for tackling challenges, including stealth and the ability to summon “Spirit Body” companions to help you. Miyazaki does warn the game will feature some of From Software’s toughest bosses yet, but with a few exceptions you can choose which order you face them in and can even skip them altogether, with only a “very limited” number needing to be defeated. It sounds like Elden Ring may be taking notes from Breath of the Wild, which could be quite an easy game if you leveled yourself up and gamed its systems, or one of Nintendo’s hardest if you charged headlong into danger.

Miyazaki also provided some more details about the construction of Elden Ring’s world. It sounds like the game will have a large open hub, which will connect “legacy” dungeons that will feel more like traditional stages from previous From Software games. In total, there will be six of these legacy dungeons, so basically, you’re getting a full Dark-Souls-sized game with a big overworld hub to explore as well.

Elden Ring will put players through their paces on PC, Xbox One, Xbox Series X/S, PS4, and PS5 on January 21, 2022. What do you think? Are you ready for the challenge? What strategy will you use to survive in Miyazaki’s new world?