The wait has finally ended. Lt Gen Syed Asim Munir Shah is the new chief of the Pakistan Army. He will take charge on November 29, when the incumbent, General Qamar Javed Bajwa, steps down after six years in the post, which included a three-year extension in 2019.

The appointment of the new chief had become more contentious than at any other time in the last three decades of the country’s troubled military-civilian relations. The announcement ends months of speculation on whether Bajwa would seek another extension. But it may not end Pakistan’s political uncertainty.

Lt Gen Munir, who graduated in 1986 from the Officers Training School, Mangla, belongs to the Frontier Force Regiment, one of the six infantry regiments of the Pakistan Army. At present, he is the QuarterMaster General at GHQ, Rawalpindi.

Earlier in his career, he commanded a brigade of the Force Command Northern Areas, a component of X Corps, at a time when Bajwa was the corps commander.

He is reported to be an “outstanding officer” and was recently described by the writer Shuja Nawaz (Crossed Swords: Pakistan, Its Army and the Wars Within), as “a straight arrow”.

Munir is the most senior general in the present crop of three star officers.

He was earlier not considered to be in the race for the top job as his four-year tenure as Lt General was ending on November 27, and he was set to retire two days before Bajwa’s tenure ends. But that minor hurdle has become irrelevant as his appointment as chief gives him a three year tenure.

It is also rare for someone who has served as ISI chief to become the Army chief. General Ashfaq Parvez Kayani, who was Army chief from 2008 to 2013 is perhaps the only other. Munir is also one of only three other officers to have headed both MI and ISI, the other two being Lt Gen Asad Durrani and Lt Gen Hamid Gul.

Munir served in Saudi Arabia in the diplomatic post of defence attache. Unlike many others of senior rank in the Pakistan Army, he does not seem to have had any exposure to either American or British training at any point in his career. While he was a colonel, Munir was bestowed the title of Hafiz-e-Koran, that is, he has memorised and can recite the holy book almost entirely.

“Munir is the culmination of changes that Zia-ul-Haq set in motion as a promoter of overt religiosity in the Army,” said Ramanathan Kumar, who headed the Pakistan desk at R&AW from 2015 until he retired in 2020.

Rana Banerji, who also led the Pakistan desk at R&AW earlier, said Munir was unlikely to be a fundamentalist despite his religious mindedness. 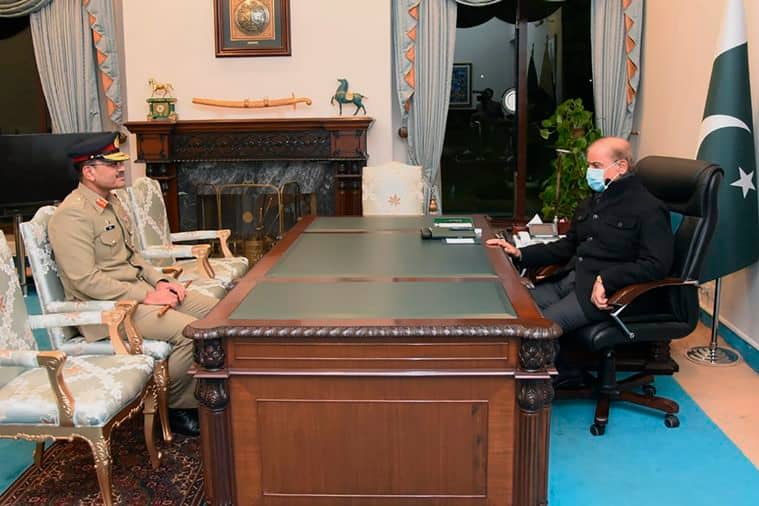 Munir’s eight-month tenure as Director ISI was the shortest ever for any officer in that post. Although no reasons were officially given for his abrupt transfer, it was widely known that Bajwa had acceded to then Prime Minister Imran Khan’s demand to remove him. At the time, the COAS and Khan were still on friendly terms.

Munir’s fault: he had apparently alleged to Khan that his wife Bushra Bibi, also known as Pinky, and her family were on the take.

This is why when Prime Minister Shehbaz Sharif and his brother, former prime minister Nawaz Sharif — who has lived in self-exile in London since early 2020, and whom the PM consults on all issues pertaining to the government — said the “seniority principle” as laid down in the Constitution would be the only factor in determining the next chief, alarm bells rang for Khan.

Even though Nawaz Sharif had appointed his “own man” as chief overlooking seniority three times, the Sharif brothers’ sudden fondness for the seniority principle pointed in Munir’s direction.

Khan’s push for a “consensus” candidate as Army chief failed. And concerns that he would use President Arif Alvi, who belongs to his party, the Pakistan Tehreek-e-Insaf, to sit on the Cabinet summary of the appointment, on which the presidential signature is a formality but nevertheless, a constitutional requirement, did not come true. A PTI press release sounded conciliatory even as it made the demand for an early election.

But the Khan-Munir tensions may not be buried yet, only postponed for another day. In his farewell address, Bajwa reiterated that the Pakistan Army, which had “entered” politics for 75 years, needs to make a clean break from the past.

“A major reason for (the criticism of the Army) is the Army’s interference in politics for the last 70 years which is unconstitutional.

“This is why in February last year the Army, after great deliberation, decided that it would never interfere in any political matter. I assure you we are strictly adamant on this and will remain so.”

Will Munir rise to the bar set for him by Bajwa and change Pakistan’s chronic civil-military imbalance to favour civilians?

As head of the world’s sixth largest army, and of Pakistan’s most “powerful” institution, Munir’s first task will likely be to unite the Army behind his leadership, and cement the cracks between the pro- and anti-Imran Khan factions within.

And as long as politicians look to the Army for help, it will remain the final arbiter.

If Khan is still bent on pressing his demand for a quick election, Munir may be compelled, as early as his first week in office, to mediate between the former PM and the Sharif government to resolve the political standoff.

Or, he may decide to stay “neutral” — that is, stand behind the government which does not want elections until they are due next year, permitting it to put in place a measure of economic stability with the help of the IMF bailout package, and justify the tough and unpopular measures that it has had to take.

Also expected are demands for investigating Bajwa after recent disclosures about the sudden increase in the family riches. The Army has never allowed such investigations when similar allegations have been levelled against its own in the past, and Munir is not likely to break from that practice. 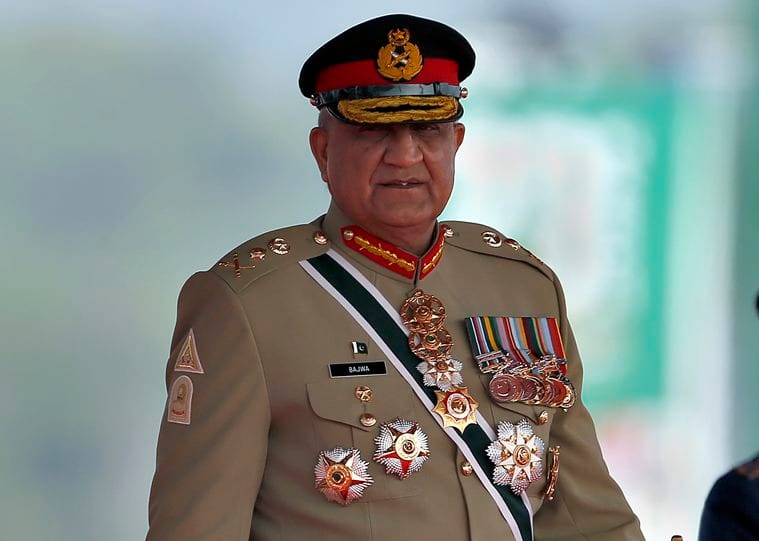 The new chief and India

The new chief was heading the ISI when the Pulwama bombing took place in February 2019. In the Indian Air Force action and the PAF retaliation that followed, National Security Adviser Ajit Doval is reported to have spoken to Munir to secure the release of fighter pilot Abhindandan Varthaman, who was captured when his MiG fighter jet was downed in PoK. Despite his closeness to Bajwa, it is not known if Munir shares his predecessor’s views on “geo-economics” and normalising relations with India.

Banerji told The Indian Express that given the internal environment, “Munir cannot afford to be seen as going soft on India, he will be a hardline chief.” At the same time, he said, the 2003 LoC ceasefire, which was renewed in February 2021, and has been strictly observed, is in no danger of falling apart as it suits Pakistan as much as it does India at this time.

Kumar, who headed the Pakistan desk during the Pulwama attack, said Munir would be the first “mullah general” to become chief, cautioning that it was during the tenure of a similarly “religiously oriented” Javed Nasir as ISI chief that the 1993 Mumbai attacks took place.

Three years earlier, Zahirul Islam Abbasi, then a brigadier and a Tablighi follower, had been removed from his command in the Kargil area for making an unauthorised foray into the Indian side, which ended in a “fiasco” with many men lost.

The Indian experience of having religiously minded men in top positions in the Pakistan Army had thus “not been good”, said Kumar, adding though that “another aspect to this” was that such generals “are also best suited for de-radicalisation since extremists listen to them, and thus this could be a double-edged sword in the India-Pakistan context”.