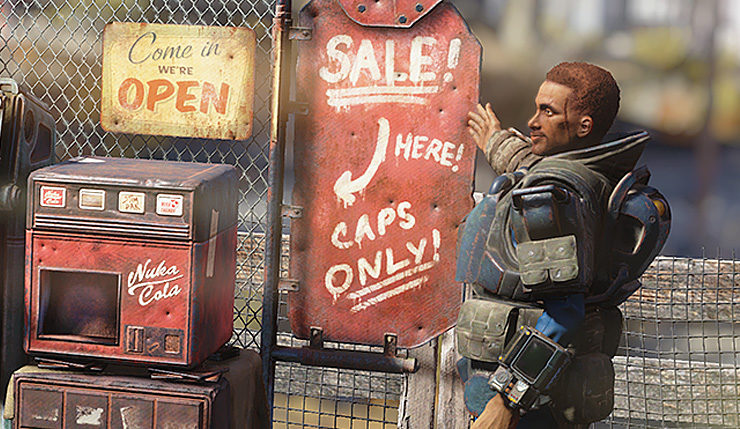 Time to get entrepreneurial Wasteland warriors, as the next Fallout 76 update is all about buying and selling. Fallout 76 Patch 9, the last of the “Wild Appalachia” updates Bethesda started rolling out in March, let’s players set up a makeshift market by adding various vending machines to their camps. You’ll also run across new Legendary Exchanges Machines, which let you scrap unwanted legendary items for a currency called Legendary Scrip, which can in turn be spent on new legendary stuff. Seems a bit convoluted, but at least the work you put into earning a legendary you don’t like will no longer be wasted. 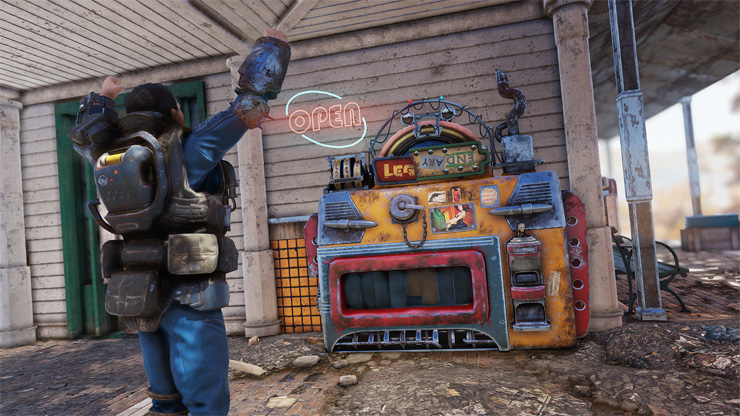 Related Rage 2 Forgoes a Deep Story in Favor of Player Freedom, Avalanche Given a Lot of Leeway

Here’s the full rundown of everything coming in Fallout 76 Patch 9:

With Patch 9, we’re going to add personal Vending Machines that aspiring entrepreneurs around Appalachia can use to turn their C.A.M.P.s into makeshift markets. These vending machines will allow you to turn a profit by selling items you’ve made or found during your adventures. You can also visit other Dwellers’ C.A.M.P.s to pick up new gear for your collection.

Once you build a Vending Machine, you can assign items to it directly from your Stash and choose the Cap prices you’d like buyers to pay for them. Items you place in your Vending Machine will remain in your Stash, but they will also display a new vending icon next to their names so that it’s easy to identify what you’ve marked for sale at a glance. You will receive a notification whenever a buyer snatches up one of your wares. Caps from your sale, minus a nominal fee of 10% to maintain a healthy in-game economy, will be added to your Cap balance.

Of course, to run a successful business, you’ll need to advertise! When you build and power a Vending Machine, your C.A.M.P. location will appear to all players on the map as long as you aren’t currently Wanted. When others hover over your C.A.M.P. on the map, they’ll see your name and player icon, as well as the number and types of items you have marked for sale. If you’ve got lots of goods or rare items, and set fair prices, your shop will likely have a few new visitors.

The Purveyor is a new Mole Miner vendor who will be making her way to the Wasteland later this month, but she doesn’t deal in Caps. When she opens the doors to her shop, you’ll be able to exchange a new type of currency, called Legendary Scrip, for legendary items. To help you prepare for the Purveyor’s arrival, we’re adding Legendary Exchange Machines that you can use to break down your unwanted legendary items and turn them into Scrip.

Once Patch 9 is live, you will be able to find Legendary Exchange Machines at Train Stations around Appalachia. Load up your inventory with the legendary items you no longer want to keep, place them in the machine, and then collect your Scrip. The higher the star-rating of your legendary items, the more Scrip you will receive. The more Legendary Scrip you have when the Purveyor arrives, the more legendary weapons and armor you will be able to buy!

With Patch 9, we’re planning to implement “Survival Score” as the new primary stat for the Scoreboards. Here’s how it will work:

Plasma Guns aren’t currently as strong as we’d like them to be, and we wanted to give them a bit of a damage boost to bring them more in line with the other weapons at your disposal. The following buffs should help your Plasma Guns pack a little more punch across the board:

We’re also implementing fixes for a pair of bugs affecting shotguns that have the explosive legendary effect. The first was causing them to deal double damage, rather than the 20% increase the explosive effect is intended to provide. The second issue was causing the Pip-Boy to display lower damage numbers than explosive shotguns were actually dealing to your targets. While these aren’t true balance changes, it’s important that we address these issues to bring more consistency to both the displayed and actual damage output of explosive shotguns.

Finally, we’ve heard your feedback that Flamer Fuel and Cryo Cells can be hard to come by. We’d like to give you more opportunities to stock up on ammo for these weapons when you visit workbenches, and we are planning to make the following changes:

As some of you may already be aware, we’re planning to add display cases so that you can show off some of the items you’ve collected, such as weapons, bobbleheads, and magazines, in your C.A.M.P.s. We’re excited to bring this feature to the game, but it’s going to take a little more time and testing to make sure we get it right. As a result, display cases are going to arrive a few weeks after we release Patch 9. We know many of you are waiting to be able to flaunt your collections, and we appreciate your patience.

Player shops should be a solid addition to Fallout 76, although I can’t help but think they’d be more interesting if players actually had to man them, rather than just setting up automated vending machines. It would force players to interact in what’s all too often a rather lonely game.