Communication can be both a complicated or straightforward affair. It can be extremely simple to convey a message through words, but it definitely is not when a message has to be conveyed solely through images, sounds, and music. Accomplishing the latter is way more difficult, but when it happens, we are always in for something truly special. This is the case of FAR: Lone Sails, a game that manages to be extremely meaningful despite the lack of any real explanation of its world, characters, and lore.

FAR: Lone Sails begins in the saddest way possible, with a burial. The main character, however, soon leaves the site to reach his own home and then venture in the unknown. It is clear from the very beginning, however, that something big happened to the world, as the oceans have dried up, leaving massive ships scuttled on dry beds and bouts of extremely dangerous weather. The world’s population also seems to have been decimated, as no other living being can be seen despite clear signs of civilization.

Related Nelke & the Legendary Alchemists: Ateliers of the New World Review – Everyone Is Here

While the main character is indeed alone, he doesn’t lose determination in the slightest. Getting on the unique vehicle, which is a hybrid between a land and sea vehicle that has been modified multiple times, he will push onward through any hazard to reach his destination. 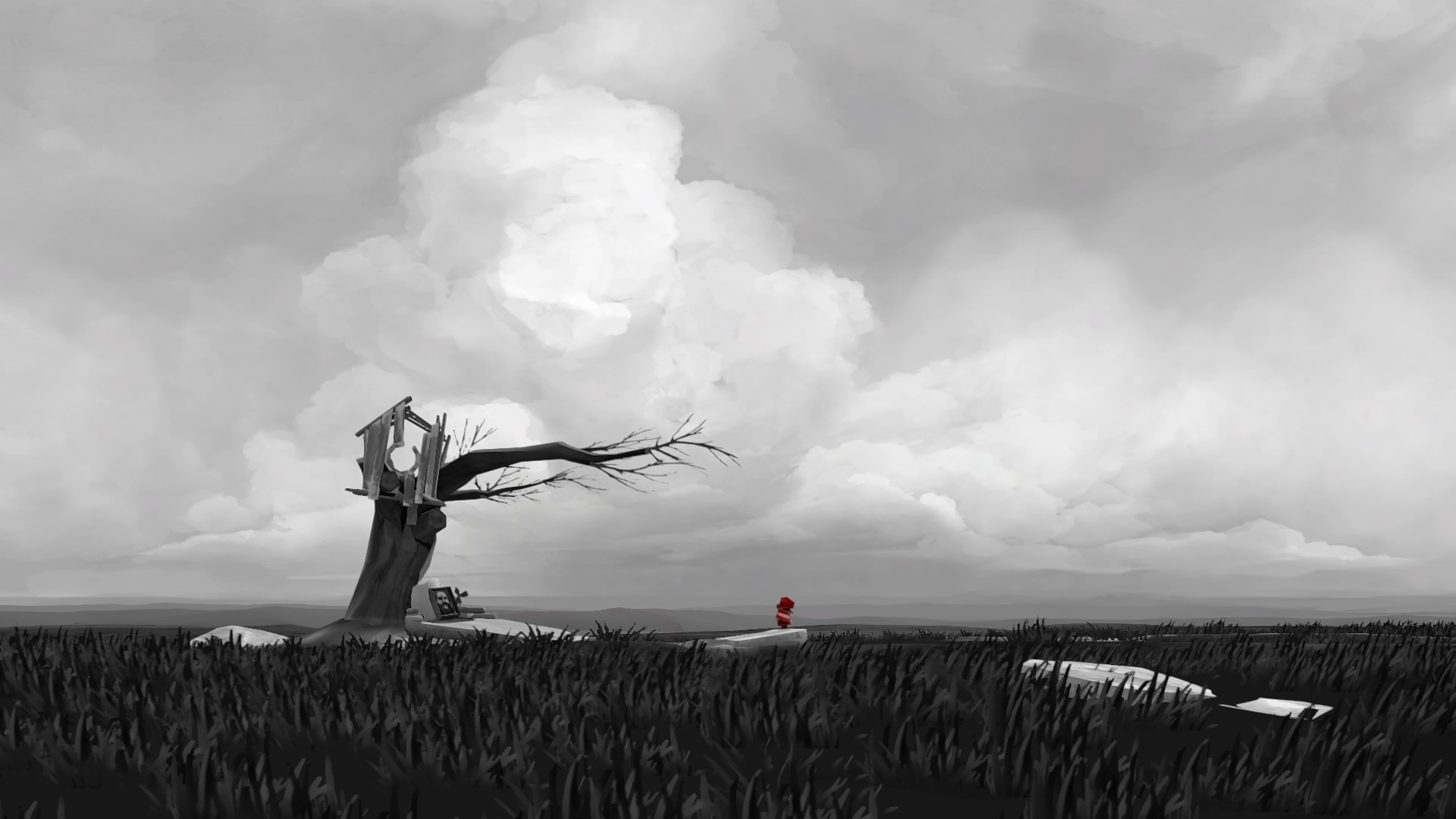 FAR: Lone Sails’ story is shrouded in complete mystery: there’s no explanation of the opening scene, the state of the world, or even the reason behind the main character’s journey. Everything is up to the player to interpret through the gorgeous environment, the beautiful music, and the little remaining signs of civilization that can be seen scattered around. One thing, however, is made clear by one of the signs that can be seen during the journey: we build our own future, which sounds like a suggestion the developer is giving to all those who care to listen.

While the story of FAR: Lone Sails is extremely cryptic and never fully explained, the actual gameplay is simple to understand. The game is basically a side-scrolling adventure game where players must drive their hybrid vehicle forward while making sure it’s always operative and refueled. Managing the vehicle is extremely simple, and made interesting to look at thanks to a cross-sectional view that is activated automatically once inside it.

Fuel is extremely important, but also very limited. To keep the vehicle going, players must convert items found lying on the ground. Once this is done, it’s possible to activate the engine while making sure to let off steam every once in a while to prevent the engine from overheating. During the course of the adventure, the vehicle will also receive some upgrades that will make it possible to move even without fuel, like the sails, improved wheels and so on.

Related Chocobo’s Mystery Dungeon: Every Buddy! Review – Back in the Saddle 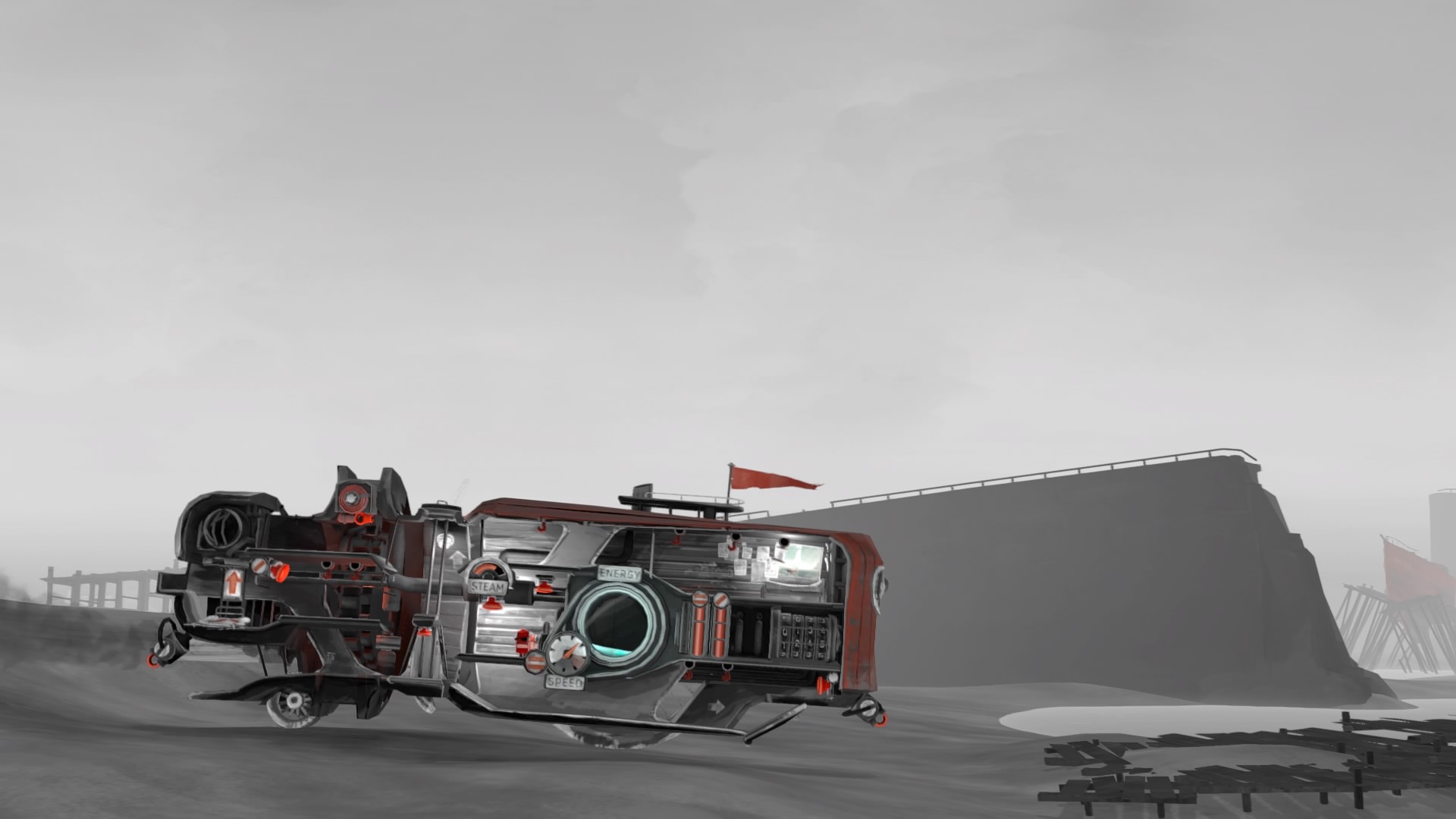 Despite fuel being limited, it hardly is a problem since quite often you will stumble upon ruins of buildings and facilities which not only include puzzles that must be solved, but also objects that can be converted into fuel. These puzzles often involve pressing buttons and don’t require much thinking to complete. While this may be disappointing, it works well in context, as FAR: Lone Sails is all about a journey, and this journey can never stop for too long.

The experience doesn’t change much during its short duration (around four hours), but the developer has added a variety of situations that do spice it up considerably, such as weather changes, fires inside the vehicle (which must be promptly put out using the hose), and more. These are just little variations but do wonders in making the experience engaging.

Where FAR: Lone Sails truly excels is the presentation. The game does an incredible job in depicting a bleak wasteland through the use of simple environments, ruined buildings and lack of colors while also highlighting the little hope the world has by actually using color for the main character and the vehicles. It’s a simple gimmick, but it works extremely well. Transitions into different weather conditions and time of day are also scripted, but they feel very natural. 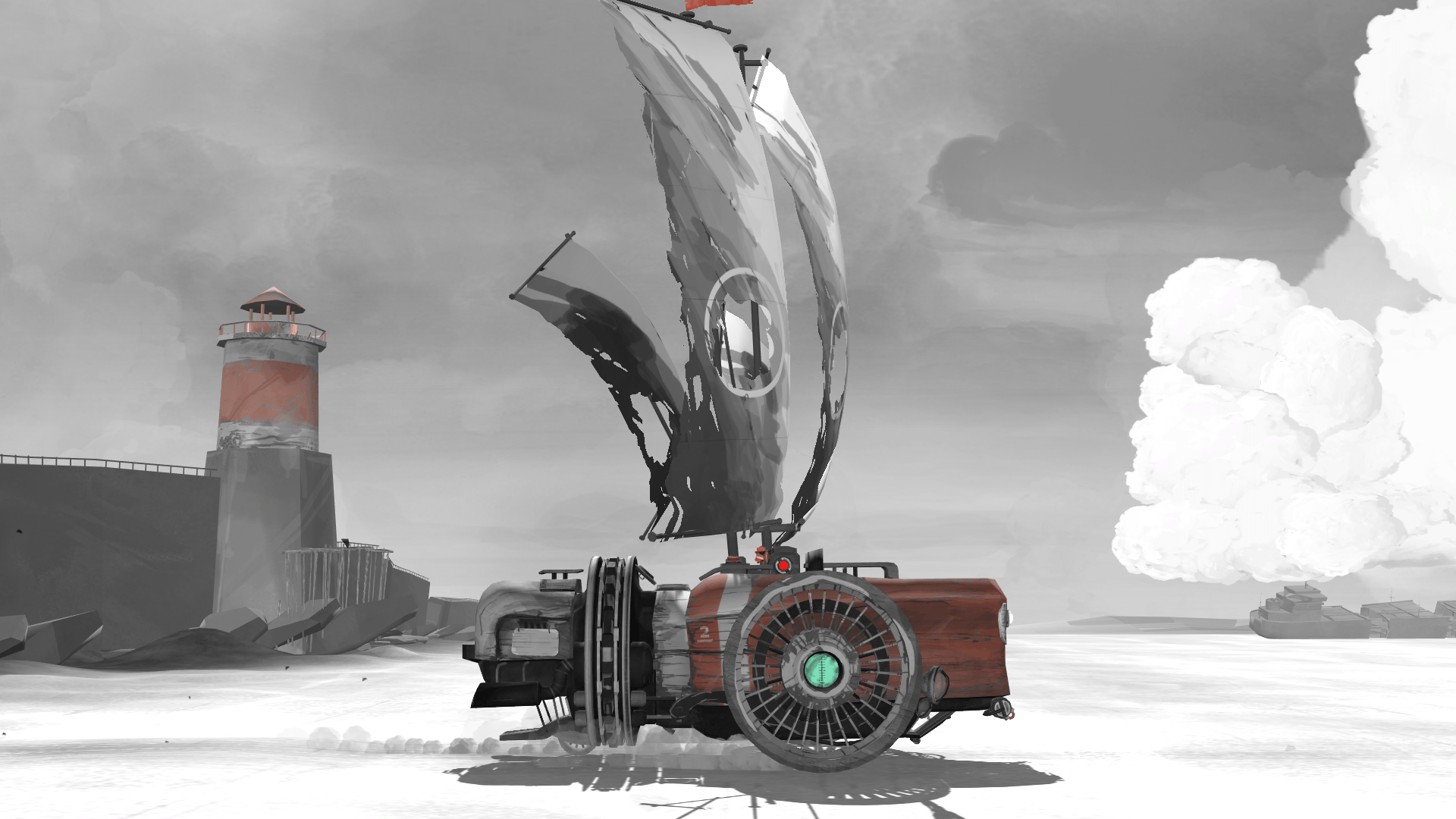 The incredible atmosphere of the game is made even better by the incredible soundtrack composed by the game’s sound designer Joel Schoch and recorded by a small orchestra. Through the inclusion of both upbeat and haunting pieces, the soundtrack manages to convey perfectly the excitement of exploration and the fear of the unknown.

FAR: Lone Sails is an experience like very few others, and as such, not all players may enjoy it, especially those who are looking for a challenge and constant action. Those that are keen to go beyond some of the most common video games traits, however, will be rewarded handsomely, their spirit enriched by such a beautiful adventure.

FAR: Lone Sails is a remarkable game that attempts to convey a message through its presentation and gameplay, without using any words, and totally succeeds in doing so. The experience may be on the short side, but if you’re looking for something truly artistic and beyond much that has been done so far, look no further.