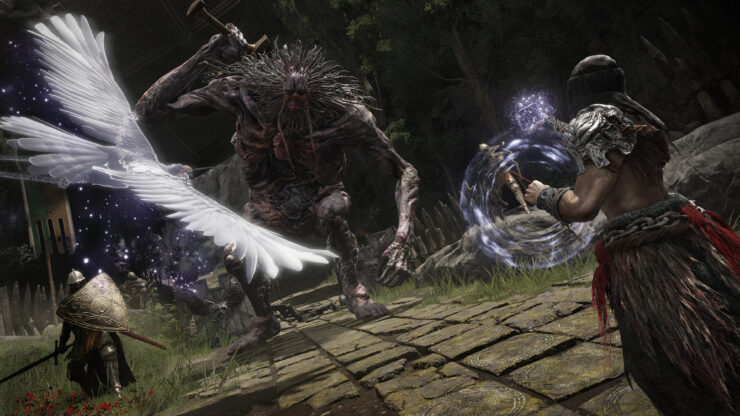 George R.R. Martin has worked on Elden Ring in collaboration with From Software, but it seems like it has been a while since his work on the game was finished.

Speaking in a recent interview shared on Twitter by Mordecai, the man behind the A Song of Ice and Fire novels confirmed his work on From Software’s game was done many years ago. He was asked to work on the game’s worldbuilding and characters, and he wrote a fairly detailed background that we have yet to know how it has been integrated into the game.

Elden Ring About as Hard as Dark Souls III, Many Bosses Can be Put Off or Totally Skipped

While his work on Elden Ring was done years ago, it seems like George R.R. Martin was being kept updated on the game’s development, as he was periodically being shown designs for the game.

George R. R. Martin talks Elden Ring in new interview:
-His work on the game was done many years ago
-He wrote the worldbuilding & characters
-From would periodically show him enemy & graphic designs
-He is excited for the final game 🙂 pic.twitter.com/y5gUDvo2Hd

George R.R. Martin working on this fairly detailed background for the Elden Ring’s world and character is what allowed From Software to do things in Elden Ring that couldn’t have done without his involvement, as confirmed by Hidetaka Miyazaki himself earlier this week.

And I think as far as some of its characteristics go, we really focused on bringing something with just an enormous sense of scale and this broadness and openness to The Lands Between, the world that you’ll explore. As part of creating this vast world, we wanted to bring on involvement from George R.R. Martin, and he brought things to the table that we couldn’t have done by ourselves, in terms of that rich storytelling and that sense of character and drama. So we really appreciate his involvement as well.