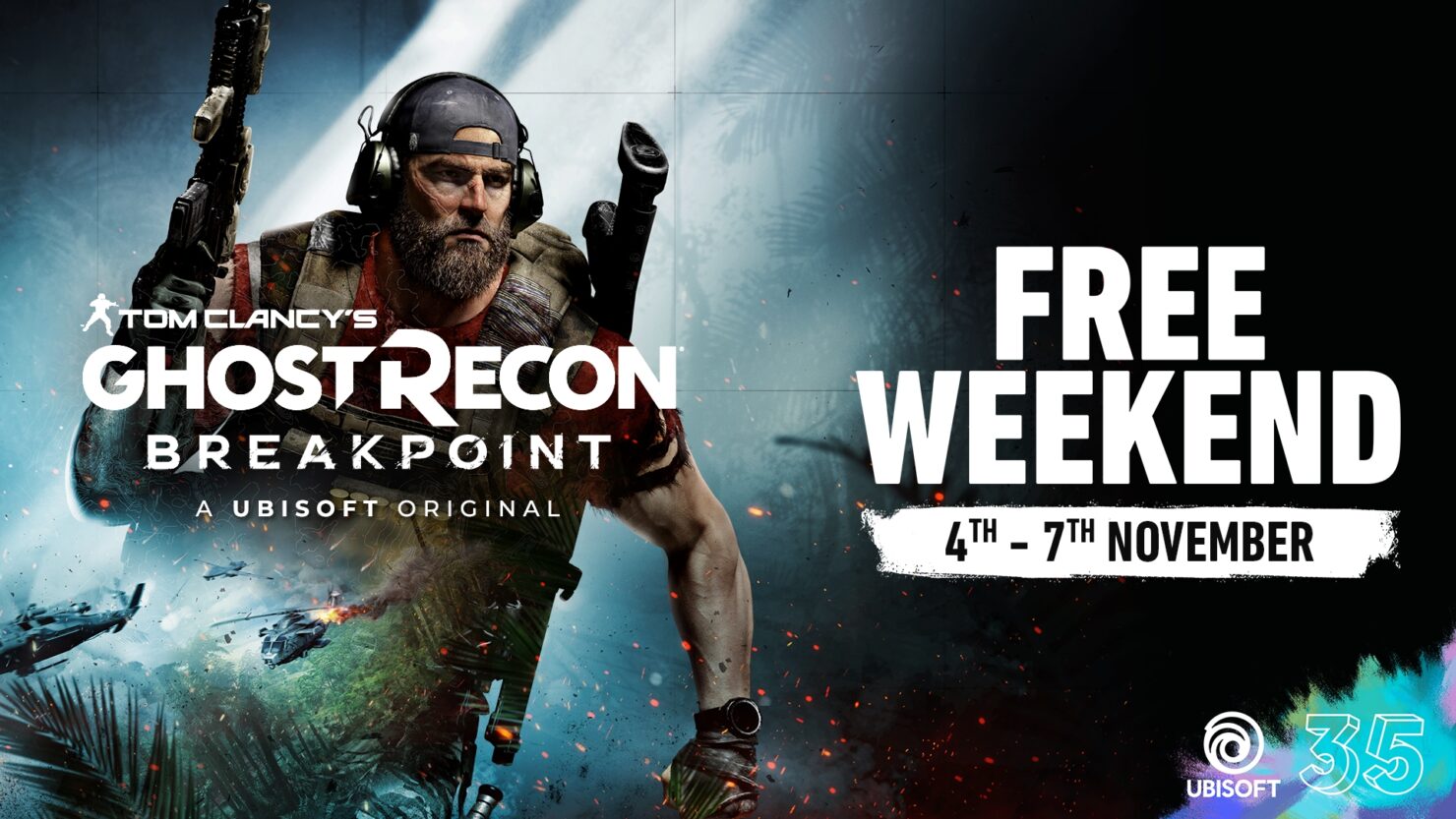 Anyone playing for free will also have the opportunity to try the new Operation Motherland mission, which also comes with a brand new mode.

In Operation Motherland, players will help Karen Bowman and the outcasts liberate the island of Auroa which is at the center of an upcoming global conflict. A new faction of enemies, more dangerous than ever, will do everything to block the Ghosts’ progress. Players will discover new weapons including the M110, the ACR, and the SR-1 as well as a new enemy faction, cosmetic gear, and Russian vehicle skins in Maria’s Shop.

Operation Motherland will include a new alternative mode known as Conquest Mode. In it, each mission will have an impact on the world dynamic, such as increasing Outcast patrols, decreasing enemy presence, or deactivating drone swarms, offering new tactical options to players.

Conquest Mode marks the return of faction warfare to Ghost Recon Breakpoint. As players conquer Auroa, the Outcast presence will increase in the wild and in encampments, making faction warfare more frequent.

Conquest Mode will also bring back the all-time favorite gameplay feature, the Optical Camo. It allows the player to be invisible to enemies until a certain distance, the more a player progresses in the game, the more effective the camouflage is. Once the optical camo is unlocked, players will also be able to use it in the Story mode.

As for the updated progression system, players will be able to get new long-term objectives which will give more XP. Speaking of XP, the maximum XP level will increase to 99 instead of 30. Skill points can also be used to increase weapon mastery and focus on a preferred playstyle.

From the depths of the Federal Communications Commission's (FCC) database, a new filing was discovered for a new Google Nest Wi-Fi router that supports...
Read more
Load more