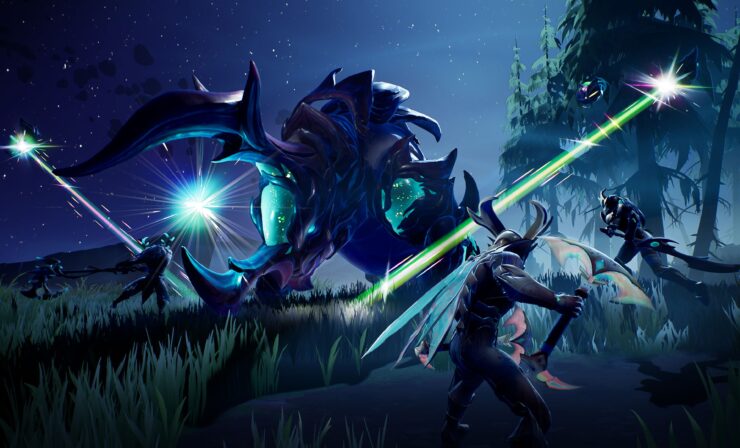 The CEO of Dauntless developer Phoenix Labs, Jesse Houston, believes that Sony has been receiving undeserved backlash over its stance on crossplay.

Sony has received quite some criticism concerning its view and stance on cross-platform play over the last years. While Microsoft and Nintendo have opened up their networks to allow crossplay between its platforms, Sony has been keeping its gates closed for quite some time. Back in September of last year, Sony finally announced that it would be open to crossplay for select third party content. However, several developers, including Hi-Rez Studios and Chucklefish, have disagreed with this statement by saying that Sony isn’t allowing cross-platform play at all.

Phoenix Labs CEO Jesse Houston doesn’t seem to blame Sony for its stubborn stance and view on crossplay between platforms as the process of getting it all to work properly is actually more complex than most people assume.

“Sony has a vision for player experience, and the way it ensures that players have an optimal experience is through having a rigorous set of certification rules”, the Dauntless developer said in a recent interview with Gamesindustry.biz. “A lot of these cross-platform systems break these rules inherently. Justifiably, Sony is trying to take it slow and understand what’s working and what’s not, rather than just throw open the floodgates.”

“I think Sony got some undue backlash because there is a big interest in cross-platform… Because most folks haven’t gone down the path of doing cross-platform play [and] they don’t understand all the nuance and difficulty of getting it done. They just see it as, ‘Well it’s just a waiver, give it to us.’ Well, no. How do you do payment handling? What happens if a player buys something on one platform and goes to use it on another, how do you reconcile that revenue? There are tax implications. There are a lot of challenges and they’re just trying to be measured I think.”

What are your thoughts on this? Do you agree with Houston on Sony’s stance on crossplay? Did the company receive improper backlash? Hit the comments below.