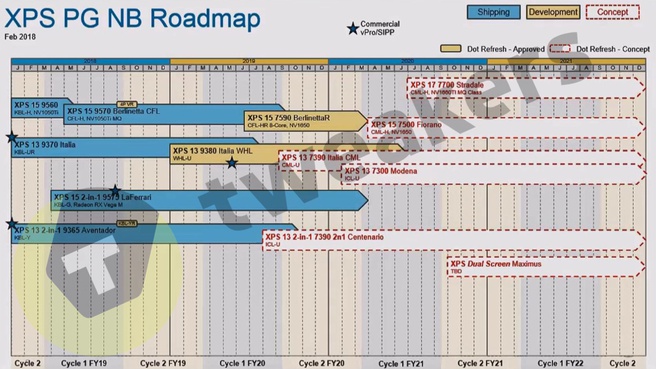 Dell’s XPS line may be expanding to bigger devices. A leaked roadmap published by Tweakers shows a Dell XPS 17, a dual-screen XPS device going by “Maximus,” and an XPS 13 with a 10nm Ice Lake CPU listed for mid-2020 at the soonest.

The roadmap, which appears to have been created back in February of 2018, shows the XPS 17 7700 (codename: Stradale) in June of 2020, most likely equipped with a Comet Lake-H CPU and Nvidia GeForce GTX 1660 Ti Max-Q GPU. This certainly would not be the first ever 17-inch XPS, but they have not released a 17 inch XPS in years. I am not sure how Dell will implement two screens in a single laptop, and I am intrigued about how they will pull this off.

The specs for the dual-screen “Maximus” devices aren’t listed on the roadmap, though it appears to be listed for October 2020. I would expect this laptop to cost a lot of money as it would cost a lot to develop 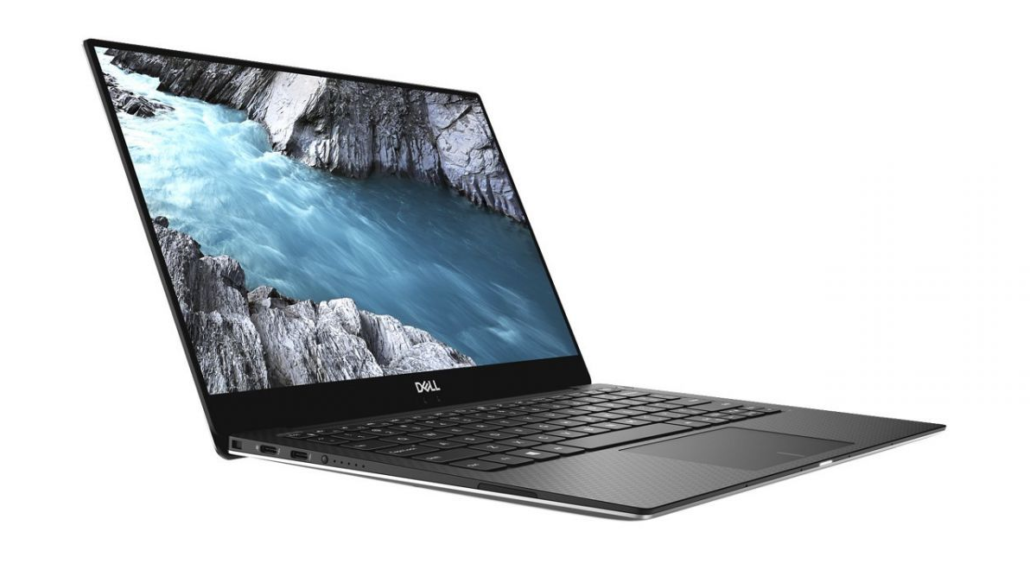 It also shows an XPS 15 7500 (codename: Fiorano) with a GTX 1650 and an 8-core processor, which goes along with what Dell XPS chief Frank Azor told The Verge earlier this month. Dell’s XPS 13 2-in-1 7390 (codename: Centenario) is also on that roadmap for August, with a 10nm Ice Lake-U CPU, though the clamshell version is slated to only get that in 2020. This conflicts with Intel’s leaked roadmap which indicates 10nm will come in 2022. As I said previously, this roadmap was drafted up in February 2018.

This should be taken with a grain of salt as road maps are subject to change as this was one was made in February of 2018. I contacted a Dell Representative about the roadmap, but they declined to comment on the roadmap.