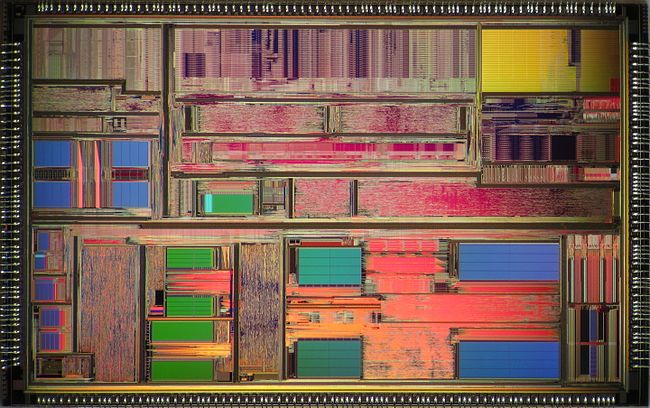 In March of 1996, AMD released their first products based on a totally in-house microarchitecture, the K5. Internally, AMD engineers decided the ‘K’ in K5 would stand for Kryptonite, hinting AMD is the Kryptonite to their competitor Intel. AMD’s K5 CPUs were a big step toward affordable computing.

AMD’s K5 was based upon the development of previous 29000 – 29900 Series integrated circuits, multiple families of RISC-based designs developed from 1988. The K5 microarchitecture featured an early, widely parallel RISC execution engine with an x86 decoder. It’s execution engine was built upon two integer units, an FPU, and a load/store unit. K5 was split into two families, SSA/5 and 5k86. K5 featured a branch prediction unit, and its branch target buffer was massive for its time, being four times larger than K5’s primary competitor, the Intel Pentium. K5 also supported speculative execution and minimized pipeline stalls. Both models of K5, SSA/5, and 5k86 contained a total of 4.3 million transistors.

Similarly to Intel’s Pentium, K5 CPUs could be used in Socket 5 and Socket 7 motherboards. 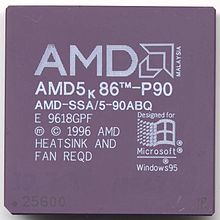 SSA/5 processors were available on March 27th, 1996. Due to early manufacturing issues, SSA/5 processors had their branch production units disabled and were manufactured on the 500nm process. SSA/5 chips had a die area of 161mm². Two SSA/5 models initially were released. These include the 5k86-P75 and 5k86-P90. Multiple versions of these processors were released under different part numbers with slight variations in maximum temperature. After the release of a third SSA/5 processor on June 17th, 1996, the K5 PR100, all K5 chips were branded under the K5 name with a performance rating (PR) relative to competing Intel Pentiums. The 5k86-P75 became the K5 PR75 and the 5k86-P90 became the K5 PR90. K5 processors branded under the K5 PR system were manufactured on the 350nm process.

Related The PlayStation 5 Has A “Special Sauce”, AMD CEO Teases 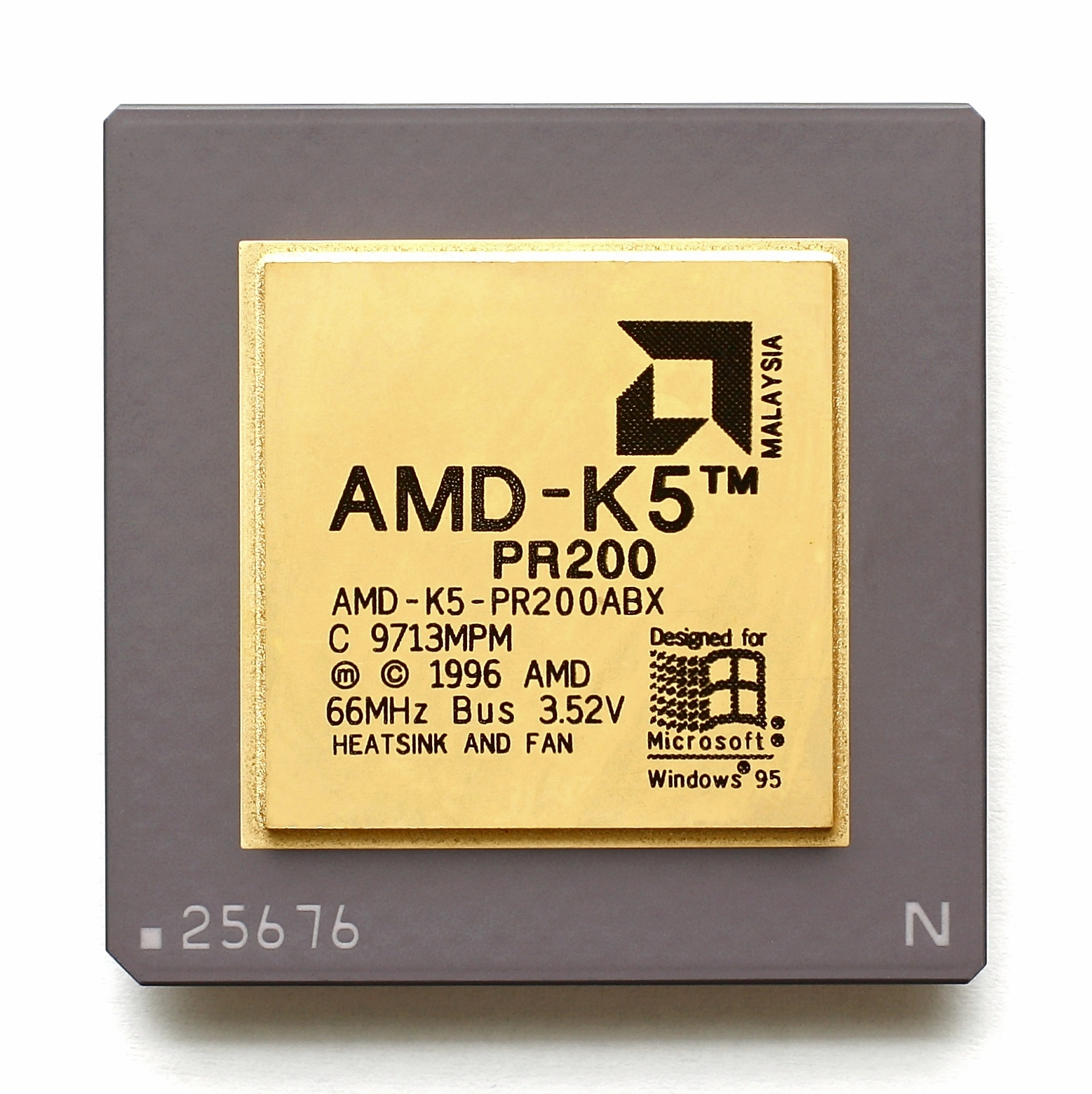 The K5 PR200 was not widely available due to its late announcement, and was only shipped out to reviewers and sold for a brief period of time to avoid cannibalizing sales of AMD’s upcoming K6.

K5 never made the dent in Intel’s market share as originally intended due to manufacturing delays and design barriers, but K5 did pave the way to K6. K5 was successful, however, and created the ability for AMD to purchase NexGen. With the purchase of NexGen, AMD inherited the engineering talent and existing designs that would later propel AMD to the top with K6, K6-2, and K6-III.