NVIDIA introduced their Turing GPU architecture last year, making a complete departure from traditional GPU designs and creating a hybrid architecture that would include a range of new technologies to power the next-generation immersive gaming experiences.

Related NVIDIA Launches GeForce GTX 1650 For Desktop at $149 US, Also Intros GeForce 16 Series on Gaming Notebooks Starting at $799 US

The GeForce RTX 20 series was the enablement of real-time raytracing which is the holy grail of graphics and something NVIDIA spent 10 years to perfect. In addition to raytracing, NVIDIA also aims to place bets on AI which will play a key role in powering features such as DLSS or Deep Learning Super Sampling, a unique way of offering the same quality as the more taxing MSAA AA techniques at twice the performance.

We have already tested the GeForce GTX 1660 Ti and GeForce GTX 1660 earlier. Today, we will be taking a look at the newly launched GeForce GTX 1650 which was introduced yesterday. The card has a price point of $149 US, making it the cheapest entry into the Turing based family. While the card is said to offer competitive performance, NVIDIA didn’t provide drivers to the press until the launch which is why the majority still haven’t posted their reviews even though we had the cards in our hands for some time now.

The GeForce GTX 1650 goes up against the Radeon RX 570 4 GB which is up for sale at under $149 US on various retail outlets. The GTX 1650’s strong points can be its Turing architecture which has been tuned for power efficiency but that is something we have to conform ourselves in this review.

When it comes to pricing, the GeForce RTX 20 series are some of the most costly cards NVIDIA has offered to consumers. The GeForce GTX 1660 Ti and GeForce GTX 1660, on the other hand, try to keep budget and more mainstream audiences in mind by offering a price closer to the GeForce GTX 1060 which became a popular gaming card on Steam due to its $249 price point. Following is the current per segment price structure of the entire NVIDIA Turing lineup compared to its predecessors.

For this review, I will be taking a look at two custom models, the GeForce GTX 1650 Gaming X from MSI and the GeForce GTX 1650 Gaming OC from Gigabyte. Both cards are based on a complete custom design and feature high-end cooling system to keep the GPU running cool. In terms of the price model, both cards are said to feature a price close to $149 US. 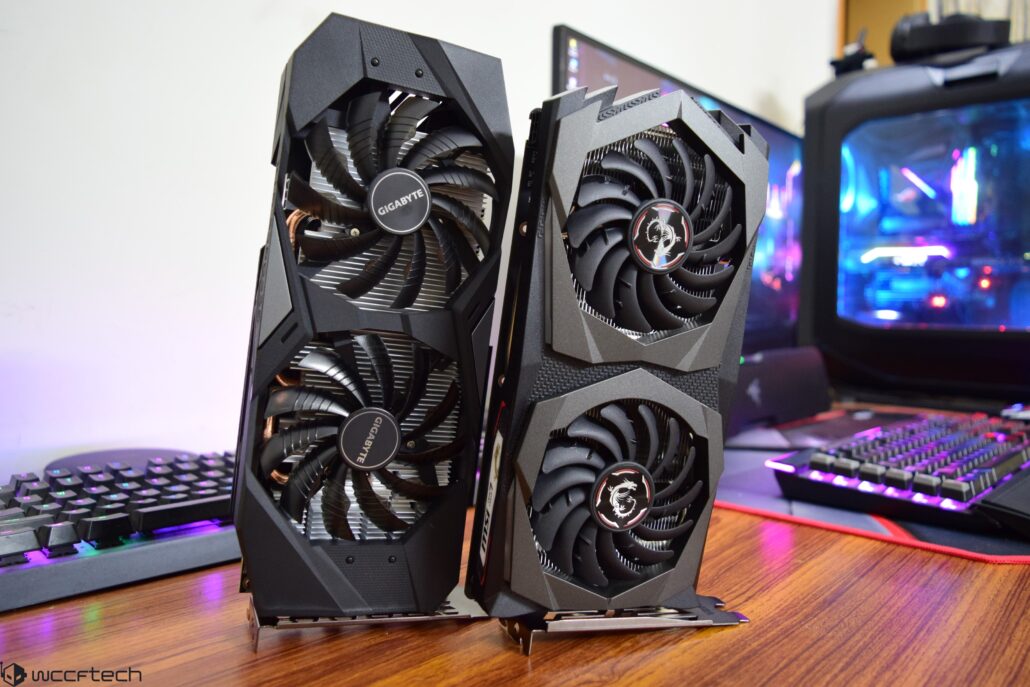 With just a few bucks of asking price over the reference models, the custom variants offer a range of features such as triple fan coolers, bulky heatsinks, and custom PCBs allowing for better heat dissipation, higher air flow and more overclocking performance and clock stability at their respective boost clocks which will be higher compared to the reference variants. The main barrier with overclocking on Turing GPUs is by far the power limit and those that offer the highest power limits out of the box are generally the ones with the best overclocking potential and performance output.

In case you want to read our full NVIDIA Turing GPU architecture and RTX/DLSS features deep dive, head over to this link.