Call it the law of unintended consequences. The “OneLove” armbands FIFA banned at the World Cup in Qatar are suddenly selling like hotcakes.

The armbands, intended to send a message of tolerance, connection and opposition to all forms of discrimination, have been in the global spotlight since FIFA threatened several European team captains with yellow cards if they wore them to support lesbian, gay, bisexual, transgender and queer (LGBTQ) people in Qatar, where homosexuality is illegal.

Now the company that makes the bands in Utrecht, the Netherlands, says it is sold out after shipping 10,000, mostly in the past two weeks.

“The big boom came actually with the World Cup coming up and for sure the statement of FIFA to not allow these captain bands on the field”, said Badge Direct BV CEO Roland Heerkens in an interview.

Demand for the bands, which were originally launched in 2020 as part of an inclusiveness campaign by the Royal Dutch Football Association (KNVB), had been only “so-so” until this summer, Heerkens said. 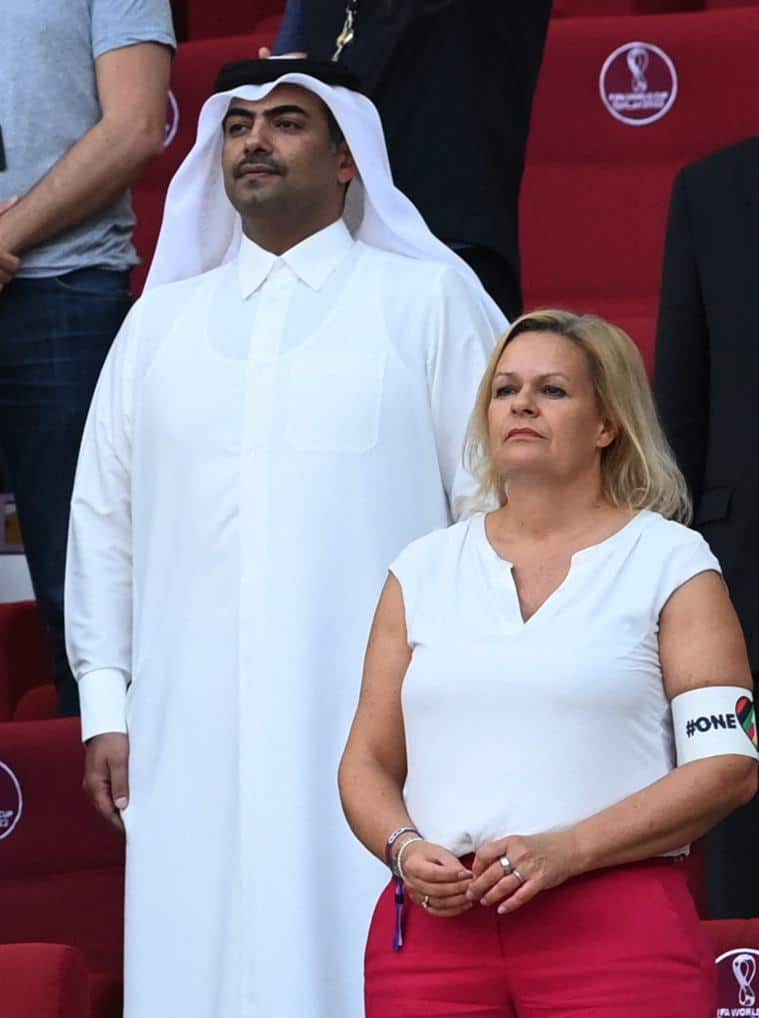 The design features a rainbow flag in the shape of a heart with a number 1 in the middle, surrounded by the text “One Love” on either side and the words that “football connects” in cursive below.

The KNVB campaign opposes discrimination on the basis of race, skin colour, sexual orientation, culture, faith, nationality, gender, age and “all other forms of discrimination.”

An initial boost came when team leaders from Belgium, Denmark, England, France, Germany, Norway, Wales, Sweden and Switzerland decided to use them.

Now demand is coming from around the globe from consumers who want “to have the band and make a statement, all the way up to the European Parliament, who just ordered 500 pieces,” Heerkens said.

The bands are priced at just above manufacturing cost, at 4.99 euros ($5.15). A new batch of 10,000 will be sold on the KNVB web shop and Voetbalshop.nl when it becomes available.