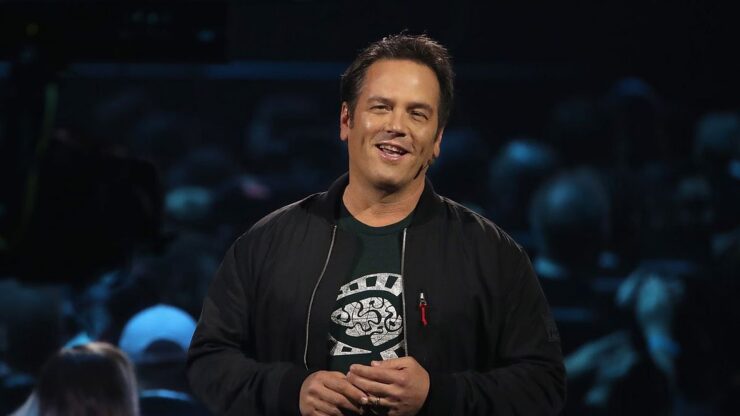 Over the past decade or so, Sony managed to build an impressive portfolio of single player blockbuster games for PlayStation consoles thanks to acclaimed first-party studios like Naughty Dog, Guerrilla Games, Santa Monica Studio, Insomniac Games, and Sucker Punch Productions.

Titles like Uncharted, The Last of Us, Horizon: Zero Dawn, God of War, Ratchet & Clank, Marvel’s Spider-Man, and Ghost of Tsushima are often cited as the pillars behind the success of PlayStation 4 and PlayStation 5. Meanwhile, Microsoft struggled for a long time to deliver similarly remarkable first-party games; Head of Gaming Phil Spencer eventually got the upper management (chiefly CEO Satya Nadella) to bankroll a veritable acquisition spree which saw Microsoft collecting the likes of Bethesda, Obsidian, inXile, Double Fine, Ninja Theory, Playground Games, Undead Labs and Compulsion Games over the course of three years.

Xbox Game Pass Not Wanted by Other Console Makers, but Phil Spencer is Open to Discuss

Microsoft surely has the creative manpower to challenge Sony now, but it will not do so by simply copying PlayStation’s strategy and crafting similar games.

Speaking to Gamesradar, Phil Spencer underlined the importance of Xbox doing its own thing instead.

Our strategy is not to just go be like someone else. I get a push sometimes of ‘where’s your version of this or that game?’. I’ve been in this industry for a long time, I have a ton of respect for creators on all platforms, and I know many, many of them. But it’s good if we’re doing something different than what other platforms are doing.

We’re not in the business of just trying to create a green version of somebody else’s blue or red coloured platform. That’s not the example of creativity that I want to see in the games industry.

Do you agree with Phil Spencer’s strategy, or would you rather have Microsoft try to take on PlayStation’s best titles with direct counterparts made for Xbox?