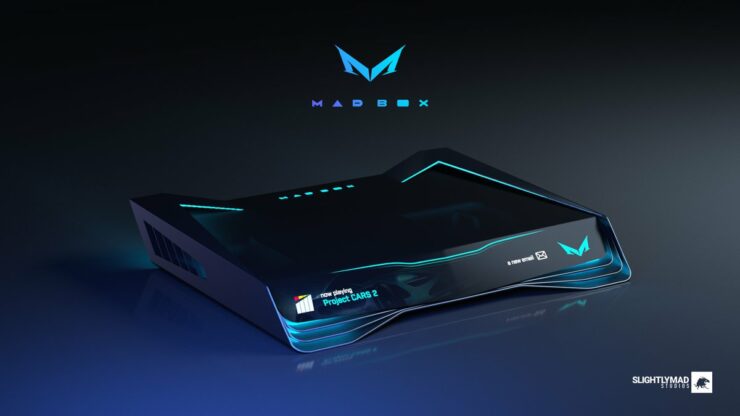 Slightly Mad Studios, the studio behind Project Cars and its upcoming Max Box console, has withdrawn the trademark for the name of the console.

Announced by Slightly Mad’s CEO Ian Bell earlier this year, the ‘Mad Box’ trademark was filed on January 3 of this year, but it appears that the development studio has now backed away from this trademark.

As reported by PCGamesInsider.biz, French casual games company Madbox allegedly filed an opposition to Slightly Mad’s ‘Mad Box’ trademark on March 25 of this year as the company believes that there “exists a likelihood of confusion on the part of the public”.

Apparently, following the filing of the opposition, Slightly Mad Studios withdrew its trademark application for the Mad Box trademark as of April 5th.

What this means for Slightly Mad’s ‘Mad Box’ name isn’t clear at this point. Interesting to note might be that, earlier this month, CEO Ian Bell took to Twitter to announce that two Mad Box investors backed off following some statements that Google made recently concerning Google Stadia.

“So we called our console ‘Box’…”, Bell wrote. “Google announced that the future of gaming isn’t in a box. Investors have gotten a bit shy… that one quote has done our plans some serious harm. Two investors have pulled out (we are looking at about 1.2 billion here) so yes. Interesting…”