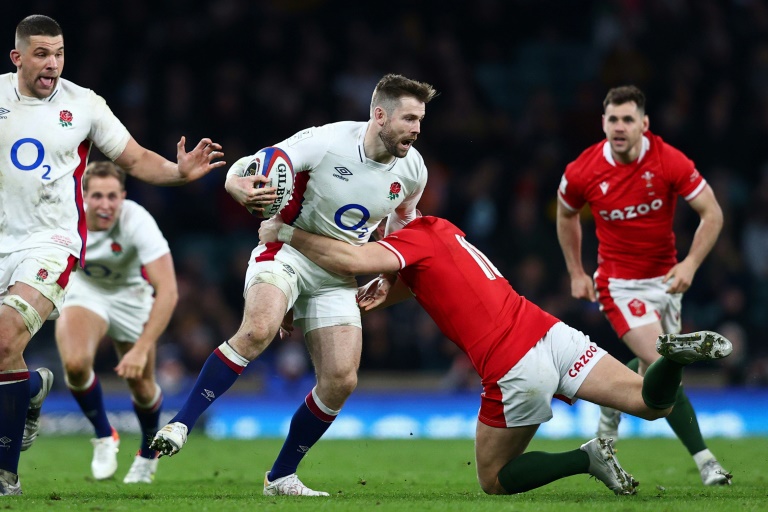 England’s injury problems intensified Tuesday as the Saracens duo of Elliot Daly and Jamie George withdrew from training ahead of next week’s Six Nations tournament opener at home to Scotland.

Utility back Daly has pulled out with hamstring trouble, while George has been sidelined with a concussion suffered during Saracens’ defeat by Edinburgh on Sunday.

Ollie Lawrence and Jamie Blamire have now been called up to the squad and will take part in a training session at Twickenham on Tuesday, the Rugby Football Union said.

England already had issues at hooker, with Exeter’s Luke Cowan-Dickie having already withdrawn because of an ankle injury.

That left the uncapped George McGuigan and Jack Walker as the only fit hookers left in the squad but the Rugby Football Union said on Monday that McGuigan had pulled out because of a knee problem.

Experienced England forward Courtney Lawes has also withdrawn from training in the lead-up to the Calcutta Cup clash against Scotland at Twickenham on February 4 with a calf injury.