Want to record your gameplay? Found some really interesting video on the internet but couldn’t download it? Want to create a tutorial for your YouTube channel? Well, for all such things you need to record your computer’s or the mobile’s screen. But for the same, you would require good screen recording software.

There are so many screen recording software available on the internet. But most screen recorders set a time limit for recording with their free version. For, complete or long recording you have to pay for the full license. Capture Screen Recorder is such an amazing screen recorder for Windows. The first best thing about this wonderful tool is that it offers you several recording modes so that you can record accordingly for your different needs. If you just want to record the whole screen then you can choose the full-screen mode and the Capture screen recorder will record everything happening on your screen. But if you want to record a particular area of your screen then also it has a mode called area mode. With this recording mode, you can select the area that you want to record. You can also record the camera of your computer with the camera mode and the game mode lets you record your live play with ease. 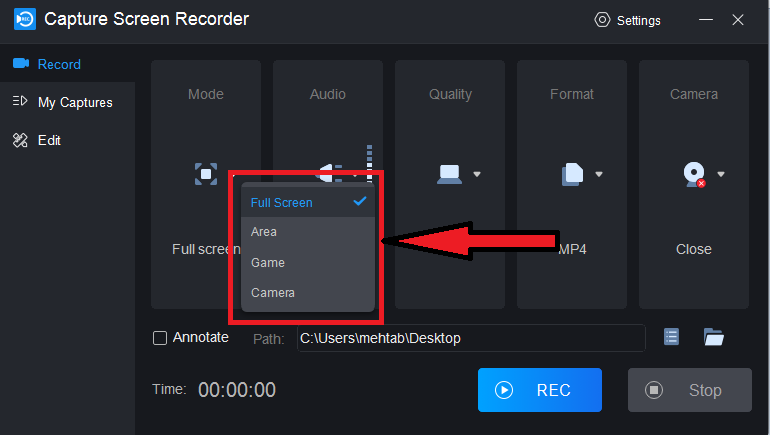 Whenever you want to record your Windows screen, you may also want to record the sound as well. So, how can Capture Screen Recorder not provide you that feature? You get the sound recording feature as well with this screen recording tool. You don’t have to add sound to your recordings separately as you can simultaneously record the screen and sound. The Capture Screen Recorder offers you to record sound such as record system sound and microphone both, only microphone, only system sound or you just want to mute it at all. You can choose whatever option you need.

Not only multiple recording modes and sound recording options, but Capture Screen Recorder also offers you various output formats such as MP4, AVI, and FLV. You can select any of these three output formats for your recordings. 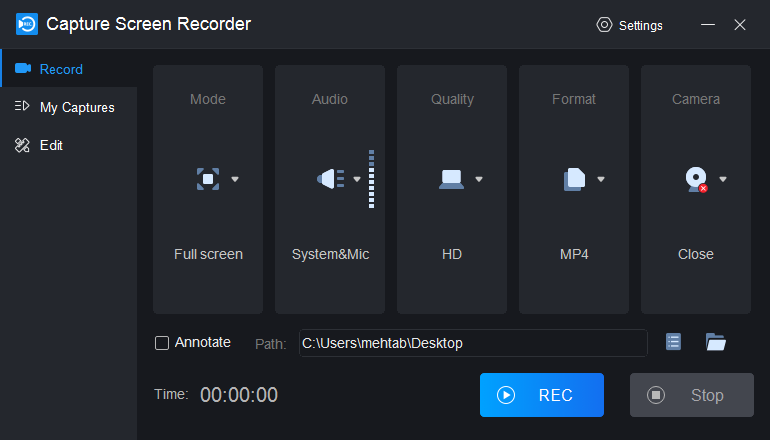 You also don’t have to worry about the output video quality of your recordings as Capture Screen Recorder offers you to record the screen in original, SD, or HD quality. You get high-quality recordings in which you can record every moment clearly.

What’s more? Capture screen recorder also provides your brush tools using which you can draw arrows, lines, forms, and text to the screen while recording. That’s such a handy feature, isn’t it?

How To Record Screen Of Your Android/iPhone

As I already mentioned that RecorderPro is quick and easy to for recording. Doesn’t matter whether you want to record the video chat on Zoom, Facetime, Skype, etc, video movies, tutorials, TV shows, phone screen, or gaming, you can quickly record them all using RecorderPro in no time on your smartphone. When you open the RecorderPro, it shows you several options to choose from. It also provides you with a floating screen option to start, pause or stop the recording. 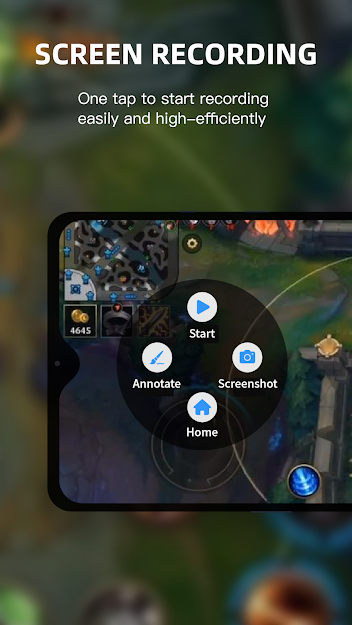 The best thing bout RecorderPro is that it offers you to edit the recordings with ease. You don’t have to use a separate tool for editing recordings. RecorderPro allows you to crop the recordings, trim them, voice-over them or convert them into GIFs. 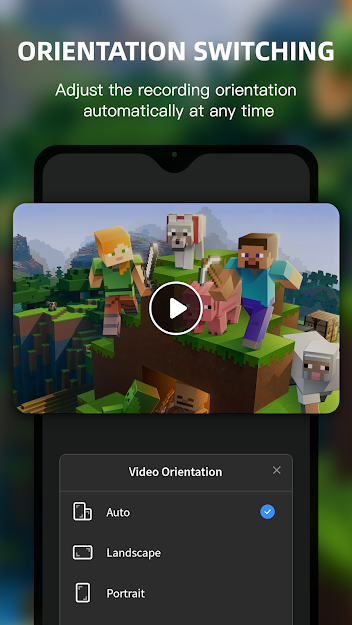 Another perk of RecorderPro is the quality of the recordings. It lets you record the screen in HD,  FHD, SD, and even the customer mode where you can select your desired resolution for recording the screen.

With RecorderPro, you can record your screen in landscape, portrait, or auto mode. It also allows you to record the audio with the screen recording or you can also mute it.

So, these were the tool that you can use for recording screens. Both the tool are free of cost. You can record unlimited screen time without paying a single penny. Also, the tools, Capture Screen Recorder and RecorderPro offer you some really handy features. Most of all, both of these are totally free to use. So, try the tools for yourself, you would love them for sure.

Is Cryptocurrency and Crypto Token The Same?

Risk of Investing in New Cryptocurrencies

How to Choose a Cryptocurrency to Invest?

Is OIL A Great Asset for Trading & Long Term Investment?

Should You Mine Cryptocurrency or Trade it?

How Pandemic has Influenced Cryptocurrencies?