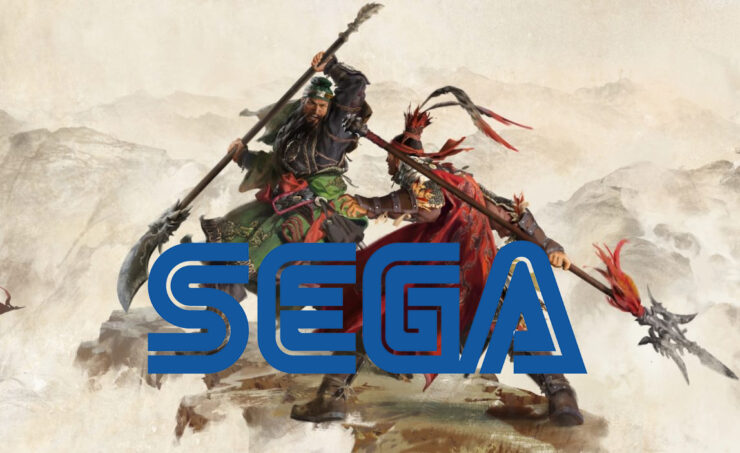 The current financial year hasn’t been a strong one for Sega Sammy (SEGA) (TYO:6460). All through the first, second and third quarters, revenues and operating income were both low and below targets. In particular, the company has attributed this to the Pachislot and Pachinko business, as well as the Digital Games business falling below expectations.

Over the year SEGA generated ¥331.6 billion in sales, a year on year rise of just ¥8bn. This is one slight bonus for the company as a result of the fact that they have actually generated an increase in sales, where every other quarter had shown a decline. Operating income, however, remained in a slump. 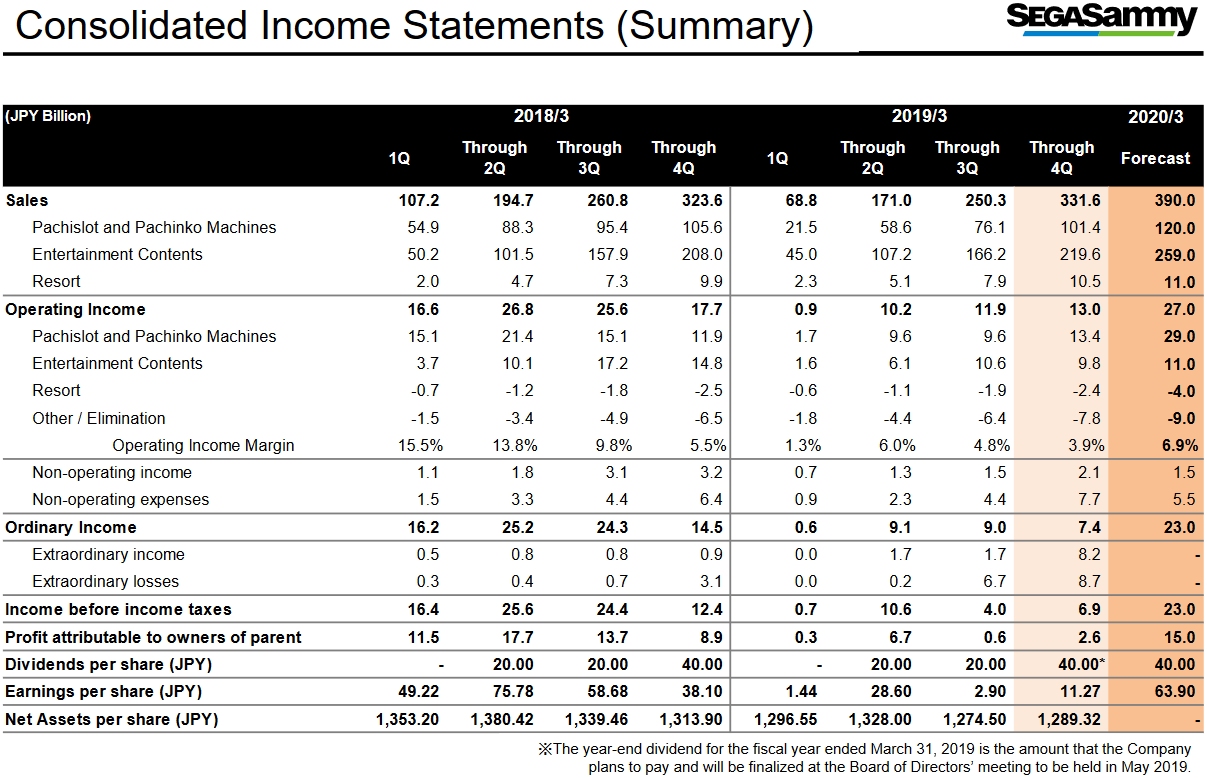 Pachinko Prevails and Promises the Future while Amusements Stagnate

Over the year SEGA has seen significant issues with the Pachislot and Pachinko division, though this has seen a slight turnaround. While sales remain ¥4.2bn lower than that of last year, the company saw a boost in sales over the fourth quarter, resulting in an operating income increase of ¥1.5bn. Particularly, it is the Pachinko, not Pachislot, area which has performed well. Sales of Pachinko machines rose from 140,013 to 159,848. Pachislot, on the other hand, fell from 85,401 to 67,140.

Expectations from earlier in the year for this segment to improve certainly seem to have come true, with even further improvement to come later. Full-year expectations come to ¥120bn in sales with a dramatically increased operating income of ¥29bn. In particular, SEGA has this to say about the current financial year:

While the Pachislot and Pachinko division may have increased income, the same can’t be said about the amusements machines part of the Entertainment Contents division. Sales in entertainment increased by ¥7.6bn to ¥54.7bn. However, countering this operating income fell from last year’s ¥2.7bn to ¥1.5bn. Predictions for the future show a stagnation, with only a ¥0.5 increase in sales but a further loss of income, bringing it to just ¥0.5bn.

Amusements and Resorts – Revitalising for the Future

Amusement centres operated by SEGA are currently in the same sort of stagnation predicted for amusement machines. Sales have increased by ¥1.9bn with operating income remaining fairly stable, generating ¥2.6bn compared to last year’s ¥2.7bn. Over the current year, sales are expected to further increase with operating income falling by another ¥0.1bn. However, there are plans for an extra five amusement centres to be opened, helping to place the company in a stronger position for the future.

Resorts, as they have for the whole of the current year, remains a loss-maker. Operating losses over the year stand at ¥2.4bn, though this is a slight improvement on last year’s losses of ¥2.5bn. A positive move for the company is through an increase of sales, rising from ¥9.9 to ¥10.5bn.

Predictions for the future appear to be much in line with what has been seen now. A slow increase in sales of 0.5bn but with an increase in operating losses of 1.5bn to 4bn, as a result of investments. The company had this to say regarding their plans for the future

In the Resort Business, at “Phoenix Seagaia Resort,” the Group is working to strengthen the ability to acquire guests. Overseas, the Group will continue to endeavor to accumulate further integrated resorts development and operational know-how through “PARADISE CITY.” The Group also expect the increase of prior investment as the actions required for participating domestic integrated resort will be activated.

Games have Faltered but a Stronger Future Ahead?

The faltering of games is a mixed statement, more than anything. Digital Games, comprising of mobile and browser titles, saw a ¥2.3bn increase of sales, bringing the area to ¥40.8bn. However, operating income fell by 5.1 from ¥3.3bn of income to an operating loss of ¥1.9bn. Part of this is as a result of delayed titles. Twelve were planned to be launched during the year, with only eight actually seeing their launch. In addition to this, the termination and write-down of some titles also led to a decline in the area.

However, while Digital Games faltered, Packaged Games saw mixed results of a decrease in sales by ¥2.4bn to ¥54.6bn, however operating income increased by ¥1.7bn to ¥8.2bn. These figures are despite the delay of new titles like Total War: Three Kingdoms, which is scheduled to release next month.

The strong results of the segment, despite these delays, helps to set SEGA up for a strong start to the current year. Not only will the release of Total War: Three Kingdoms help create a strong foundation for the year, the company also has the western release of Judgement, as well as Team Sonic Racing early in the financial year. Furthermore, SEGA holds the official license for the Olympic Games in 2020. While these will take place in the next financial year, expectations are for the company to begin capitalising on this license during the current year.

In the packaged game software field, the Group will further strengthen IP development for multiple devices in all regions as well as launching multiple new titles including titles that capitalize on IPs, such as the Official Video Games of the Olympic Games Tokyo 2020. At the same time, the Group aims to increase profitability through repeat sales of existing titles (catalog titles).

Finally, also in the Entertainment Contents division of SEGA, is Animations/Toys. The company saw an increase in sales of ¥2bn to ¥24.5bn, with operating income increasing by ¥0.5bn to 2.5bn. This has primarily been attributed to the movie release of the Detective Conan series in their home of Japan. Expectations are for sales to increase by ¥5.5bn over the current year, bringing in ¥30bn. Operating income is expected to remain the same, at ¥2.5bn.

All things considered, SEGA are looking towards a much brighter future. This push in sales will be from the Games primarily, expecting an increase of ¥30bn, though operating income is expected to decline as a result of increased R&D, marketing and lower sales of older titles. Increased operating income, on the other hand, is primarily expected to come from a large boost Pachislot and Pachinko division, particularly following compliance with new regulations.