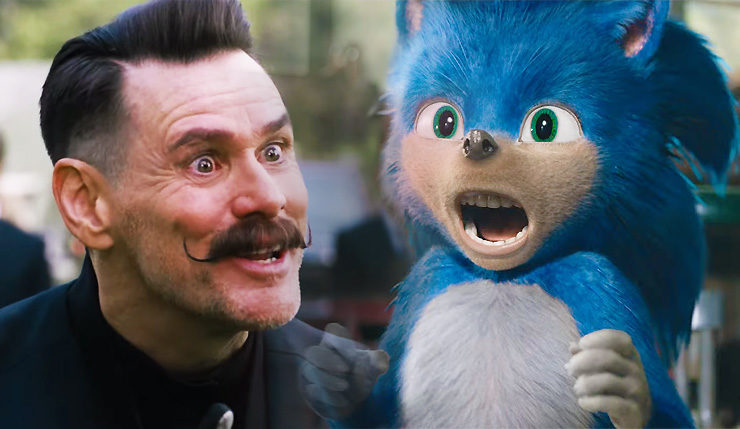 If you have access to the Internet, you’ve no doubt seen, and been thoroughly appalled by, the Sonic the Hedgehog live-action movie trailer that dropped earlier this week. Those weird gawky legs, the eyes, the teeth – the new Hollywood Sonic looks all kinds of wrong, and it seems those behind the flick agree. Following a solid 48 hours of the entire Internet dunking on his movie, Sonic director Jeff Fowler took to Twitter to assure fans changes would be made to assure Sonic would be “the best he can be.”

Thank you for the support. And the criticism. The message is loud and clear… you aren’t happy with the design & you want changes. It’s going to happen. Everyone at Paramount & Sega are fully committed to making this character the BEST he can be… #sonicmovie #gottafixfast ?✌️

The release of the Sonic movie is only around six months away, so Fowler isn’t kidding with that #gottafixfast hashtag. Usually big CGI-heavy blockbusters have a lead time of at least a year to create their effects, with major changes this close to release being very rare. So yeah, any notion that Sonic was intentionally made to look weird, as, like, an ironic thing, is pretty much out the window – they wouldn’t be making expensive last-minute fixes if that were the case. No, apparently, the makers of the movie legitimately thought that Sonic model was good enough before releasing the trailer. Yeesh.

So, what needs to be done to fix movie Sonic? Well, as you would expect, folks online have some suggestions. Artist Aimée Cavalcante did a redesign that’s immediately a thousand times more appealing than the Sonic we saw in the trailer.

i painted over a shot of the new sonic movie and it turned out a mix of classic and live action sonic lmao pic.twitter.com/RdJlXiY1ra

Once again, the Sonic fandom comes to the beleaguered hedgehog’s aide. Hey, Paramount – throw some cash Aimée and Edward’s way, because both these redesigns are pretty much spot on.

Sonic the Hedgehog races into theaters on November 8. What do you think? Can they salvage the movie in the next six months?