Airline reward programs offer a simple proposition: If you fly with our airline a bunch, you’ll get paid back in the form of miles or points that can be used for future travel. Yet understanding how many miles you’ll earn, and how much these miles are worth, can be anything but simple.

These reward programs drive a huge part of airlines’ business. For example, American Airlines AAdvantage members spent $1,220 on flights on average in 2019 compared to $408 for non-members, according to a Securities and Exchange Commission filing. So airlines have a strong incentive to earn frequent flyers’ loyalty with high-value rewards.

Yet for customers, parsing the many variables that go into this value proposition isn’t easy. For many it can be downright daunting.

A survey in December 2021 and January 2022 of 2,150 U.S. consumers by Arrivia, a travel technology company, found that 45% of Americans say they don’t know if they’re getting the best value from their travel rewards.

Thankfully, you don’t have to figure it out for yourself. NerdWallet collected hundreds of data points of airline rewards programs to determine which one offers the highest overall value. And in 2023, that loyalty program is: Frontier Miles by Frontier Airlines.

Yes, an airline better known for its low fares and high fees beat out much bigger competitors like American and Delta Air Lines.

So, how did Frontier come to be the most valuable airline rewards program this year?

To determine the most valuable airline reward program, NerdWallet performed a deep-dive analysis of the two most important variables:

With these, we determined a “rewards rate” for each airline program, which is roughly similar to a cash-back rate. 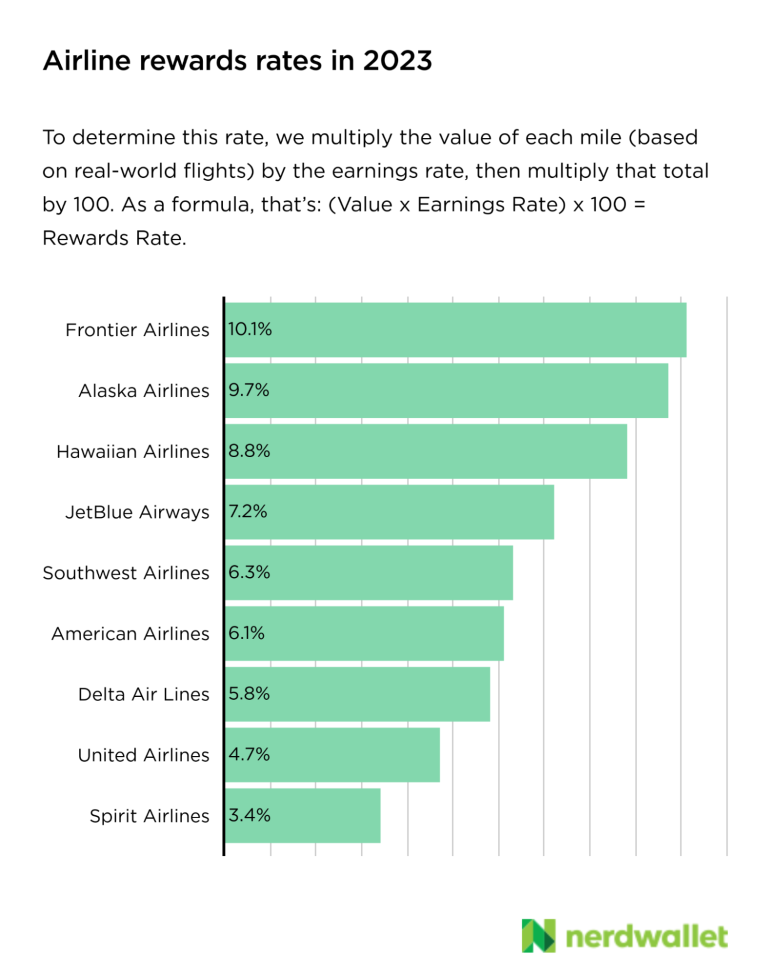 Basically, for every $100 you spend on airfare, you can expect to get about $10.10 back in value from the top airline rewards program, Frontier Airlines, and $3.40 back from the bottom performer, Spirit Airlines. Alaska and Hawaiian Airlines also do well, while the “big three” of American, Delta and United are clustered near the bottom.

You might be wondering, “What’s going on here?” Frontier and Spirit Airlines are both budget carriers that offer no-frills fares and loads of add-on fees. Why does one offer more than double the return on spending as the other?

In our analysis, it didn’t come down to how much the miles are worth for these programs. We value Frontier miles at 0.8 cent each. What mattered was how these miles were earned: either by the distance flown or the cost of the fare.

Airlines that award miles based on the distance flown, such as Alaska and Frontier, performed much better than those that award them based on money spent. Distance-based programs simply dole out more miles per dollar spent on the airfare.

Is Frontier really the best? Well …

And that’s where things get a little complicated. Frontier charges a lot more fees than Alaska, on everything from baggage to seat selection, and these fees don’t earn miles on either of those airlines. 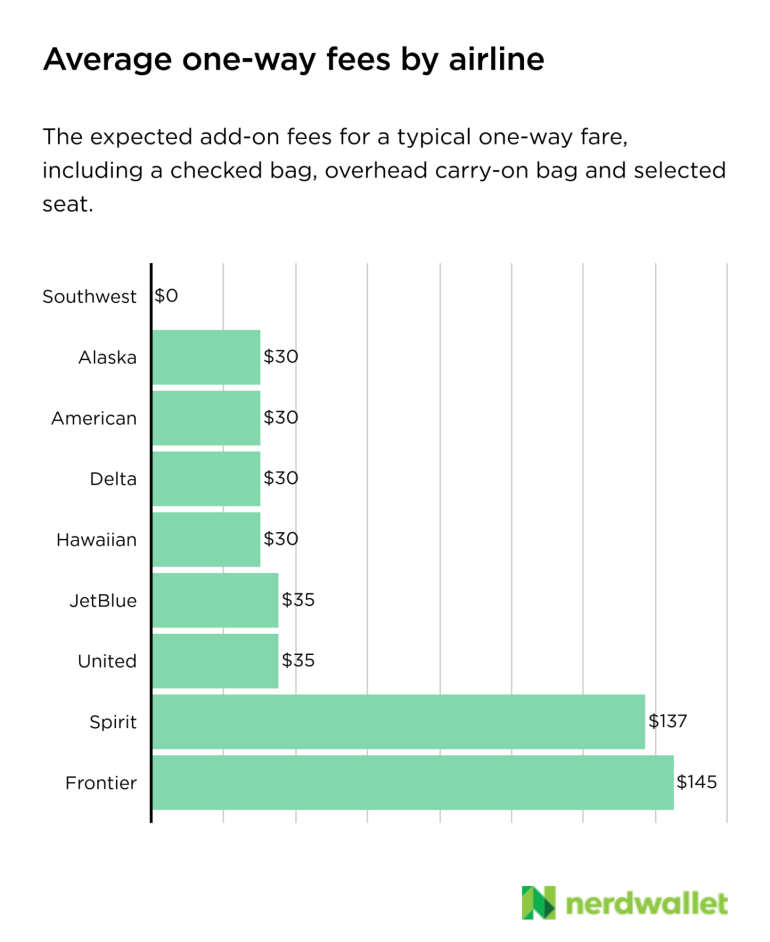 So a Frontier flyer is only getting the better deal if they’re willing to forgo some basic amenities, like a carry-on bag and assigned seat. Any money spent on fees with these distance-based carriers is essentially wasted, in terms of earning miles, lowering the number of miles earned per dollar spent.

Frontier also has a much worse elite status program overall than Alaska and most other airlines, and other big drawbacks, such as miles that expire after only six months of inactivity (yikes — as many don’t expire at all).

So yes, on paper, Frontier offers the best raw return value in miles on dollars spent. But in practice, full-service airlines such as Alaska, Hawaiian and JetBlue — positions 2, 3 and 4 in our analysis — are still probably better bets. This is especially true for frequent travelers looking to benefit from elite status and credit card benefits, or for those who will spend money on ancillary costs when flying Frontier.

What else to consider

It’s clear that distance-based programs beat airfare-based programs in terms of the value of miles earned per dollar spent. But American, Delta and United, which make up a huge slice of the air travel pie, all have spending-based programs.

What’s a frequent traveler trying to decide between these airline rewards programs to do?

Just as Costco probably offers the best value per dollar spent on many items, but isn’t practical or feasible for many food shoppers (who needs that much cinnamon?), there’s more to consider than pure value. Ask yourself:

The list goes on, but the point is that no single variable determines the “best” airline for you. But if all those other factors are a toss-up, go with the one that offers a better rewards rate based on NerdWallet analysis.

The article The Highest Value Airline Rewards Program Surprised Us, Too originally appeared on NerdWallet.

​COPYRIGHT 2023 BY CROSSROADS TODAY. ALL RIGHTS RESERVED. THIS MATERIAL MAY NOT BE PUBLISHED, BROADCAST, REWRITTEN OR REDISTRIBUTED.