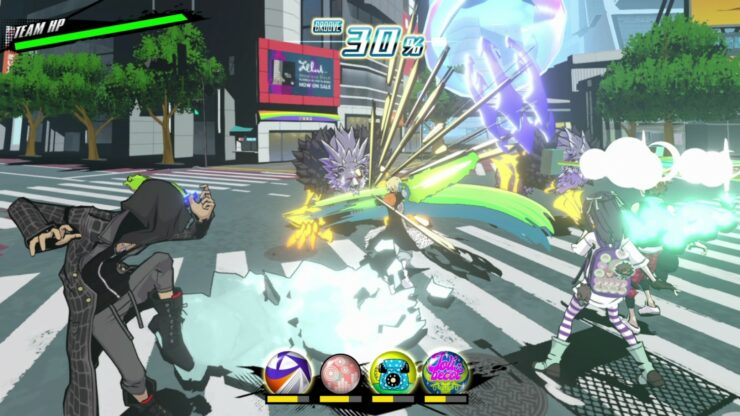 The NEO: The World Ends With You opening movie has been shared online.

The opening movie, which can be watched right below, is incredibly stylish as expected, providing a new look at the game’s characters, setting, and more.

NEO: The World Ends With You will play a little differently from the original game, doing away with touch screen controls but not completely putting aside every feature that made it such a great game. Last month, Creative Producer and Series Creator Tetsuya Nomura, Series Director Tatsuya Kondo, Director Hiroyuki Ito, and Producer Tomohiko Hirano provided some additional information on the combat system, new mechanics, total game length, and more.

NEO: The World Ends With You launches on July 27th on PC, PlayStation 4, and Nintendo Switch worldwide.

NEO: The World Ends with You transports players to the streets of the Shibuya, where they will take part in the “Reapers’ Game,” a life-or-death battle for survival. Players will take on the role of Rindo as they explore the heart of Tokyo to uncover the mysteries behind the sinister Game in which they have been forced to take part.

NEO: The World Ends with You brings a re-creation of modern Shibuya to life in a unique and comic-inspired style. Players can explore and enjoy the sights, sounds, and culture of this bustling city, fight monsters alongside their ally companions in fast-paced action battles, and complete missions as they seek to change the fate they’ve been handed.