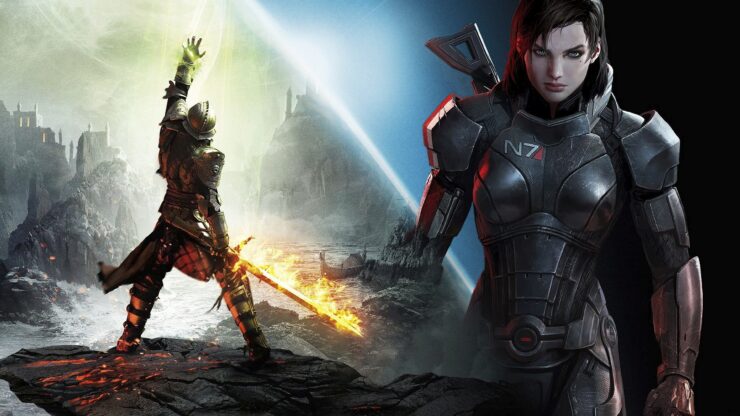 During the recent What’s Next event hosted by Focus Home Interactive in Paris, our own Chris Wray had the chance to sit down with Jehanne Rousseau, CEO of French studio Spiders. You might know them as the folks behind games like Of Orcs and Men, Mars: War Logs, Bound by Flame and The Technomancer.

Spiders will release GreedFall, an action roleplaying game heavily centered on the game world’s reactivity to player choices, later this year for PC, PlayStation 4 and Xbox One. In the interview, Rousseau highlighted that this is a passion project for Spiders as there aren’t as many developers doing roleplaying games any more after BioWare ‘stopped’ as well.

Jehanne: We’re 35 in our team, with 40 at the moment working on the game. We are developing this because we love the type of game. There aren’t that many studios doing this type of games today. I mean, even BioWare have stopped doing it and I’m very sad because it’s what I like to play the most.

Chris: So it is very much a passion project?

Jehanne: Yes! I love playing them. I think that’s it, we’re always trying to make generous games. There are probably some mistakes but we want to give as much as we can to our players. We want to allow them to experience a new universe, new stories, to craft their equipment, to switch weapons and to fight some strange and weird creatures and not only the usual giant spiders and giant rats [laughs]. You know, bring something new and fresh.

However, there are indeed many concerns following the underwhelming release of BioWare’s shared world action RPG (not to mention Mass Effect: Andromeda also largely failed to match the quality of the studio’s previous releases). BioWare’s studio culture came under the scrutiny after several developers anonymously shared worrying stories on Anthem’s development through Kotaku’s report. Another report also published by Kotaku suggested that Dragon Age 4 will use Anthem’s code base with a ‘heavy live service focus’.

Do you still hope to see BioWare rise up once more, or are they too far gone to restore their former glory?